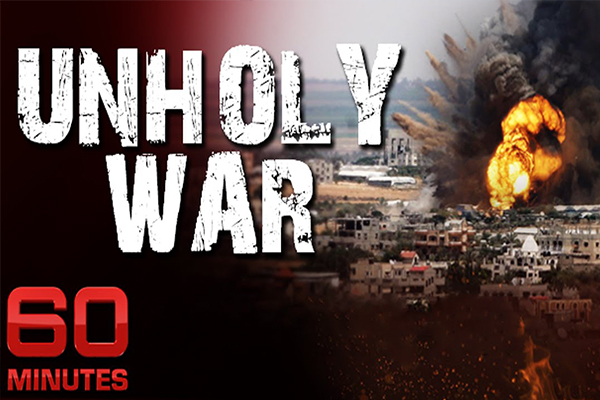 Unholy War: Inside the Jewish settlements on the West Bank.

It began with the kidnap and murder of three Israeli teenagers by Palestinian extremists.

Then came the retribution killing of a fifteen year old Palestinian boy by Israeli extremists.

Now this most brutal of conflicts has again spiralled into dreadful bloodshed.

And once again, it’s the vast mass of ordinary people who are trapped between the fanatics in their midst.

60 Minutes reporter Allison Langdon takes you inside the Jewish settlements on the West Bank, and to the war raging on the Gaza Strip, as Hamas and the Israeli Defence Force try to blast each other away.