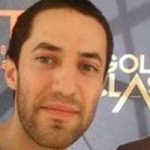 In part two of a review of Fairfax coverage of Iran, Michael Brull focuses on the real history of the nation, which stands in stark contrast to the official western spin.

In his previous article, I discussed Hartcher’s gratuitously false claim about Iran breaking international law. This may seem like a minor point. Everyone makes mistakes. Yet I would argue that it’s symptomatic of his methodology more generally. So let us turn to a more extended analysis of his article, and its many problems.

Hartcher claims that one of Iran’s causes is destroying Israel. Once again, this is a matter of looking at foreign policy purely through the lens of what politicians tell him, and official rhetoric.

It is true that Islamic Republic of Iran has a long record of aggressive rhetoric towards Israel. For example, in his brilliant book Treacherous Alliances, Iran expert Trita Parsi writes that, “Iran made numerous attempts to expel Israel from the United Nations, sponsored a children’s drawing and writing contest on the theme ‘Israel Must Be Erased from the Earth’ in various Islamic countries, and pledged to send Iraqi prisoners of war to fight Israel in Lebanon.”