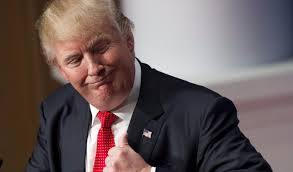 Speaking to thousands at the Washington conference of the American Israel Public Affairs Committee, Hillary Clinton sought to skewer Trump – without naming him – for his offer to be “neutral” in any effort to broker peace between Israel and Palestine: “We need steady hands, not a president who says he’s neutral on Monday, pro-Israel on Tuesday and who-knows-what on Wednesday.”

Trump’s own speech included some of the time-honoured mantras of US support for Israel, “our strategic ally … our cultural brother, the only democracy in the Middle East”, and condemned the Obama administration and Hillary Clinton’s role in the conflict as “a total disaster”.

But Trump being Trump, there was a domestic angle too.

“I love the people in this room, I love Israel,” he told the conference. “My daughter Ivanka is about to have a beautiful Jewish baby.”

Read the full article in the Sydney Morning Herald.