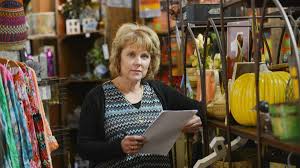 TAMWORTH medicinal cannabis campaigner Lucy Haslam will travel to Israel with premier Mike Baird at the end of the week.

Mrs Haslam will be part of a delegation of business, research and public sector leaders, whose visit has been co-ordinated by the Australia-Israel Chamber of Commerce and the NSW Jewish Board of Deputies.

Mr Baird said innovation, cyber security and cutting-edge medical and financial services technologies would form the focus of the visit.

Mrs Haslam, who leaves for Israel on Saturday, said the trip was a unique opportunity to visit a country considered one of the pioneers of the supply of medicinal cannabis.

During what will be a relatively short visit, she said one of the highlights would be visiting Tikun Olam, the first and largest supplier of medical cannabis in Israel.

Aside from growing the drug, Tikun Olam also has its own dispensary and clinic, a blueprint for what Mrs Haslam would like to establish.

“It’s a good model and something we can replicate here – it’s a very holistic approach,” she said.

Mrs Haslam and NSW chief scientist Mary O’Kane, the inaugural director of the NSW government’s Centre for Medicinal Cannabis Research and Innovation, will also meet with Professor Raphael Mechoulam, widely regarded as the world’s foremost academic authority on medicinal cannabis research. Aside from the itinerary, Mrs Haslam said it was a valuable opportunity to spend some time with Professor O’Kane and highlight the need for medicinal cannabis to eventually be available to everyone who can benefit from it.

“It’s important a broad range of patients have access to it,” she said.
See your ad here

“If we make it too narrow, then it defeats the purpose in making it available. Anyone who it works for needs to have it available, because what we’re trying to do is protect them from the black market. If people who need it aren’t legally able to get it, then you’re just pushing them back into the shadows.”

Mrs Haslam is also in the process of finalising the United in Compassion Medicinal Cannabis Symposium in Sydney on May 14 and 15, which for the first time will run in conjuction with the Hemp Health and Innovation Expo.

Fourteen high-profile speakers have been confirmed, nine of whom are coming from overseas, including Israel, Spain and the United States.

The first symposium was held in Tamworth in 2014, and Mrs Haslam said this time around a number of sponsors had come on board, which had proven a big boost for the event.