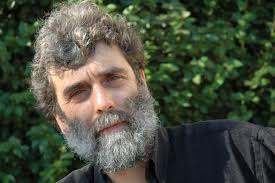 The two-state solution for Israel – the least worst option

The argument that becoming a single, integrated state will resolve the Israeli-Palestinian conflict is misguided, writes Gershom Gorenberg.

Gush Etzion Junction is a big unkempt roundabout where two roads and several separate universes meet. To the north, the highway runs along the mountain ridge of the West Bank to Jerusalem. To the south, following an ancient route, it continues to Hebron and beyond. The east and west spokes lead to Israeli settlements and Palestinian villages. A new road sign on the eastern carriageway points to a nature reserve named after three Israeli teenagers who were kidnapped and murdered by Palestinian terrorists while hitchhiking in June 2014.

When I went to the junction on a wintry afternoon, some high school girls and a woman in a sweater dress and beret were waiting to hitchhike north. Stickers on the nearby bus shelter warned hitchhikers to stand behind the concrete posts on the pavement. The posts are there to protect people from drivers who swerve onto the pavement to run them over – a common type of attack against Israelis by lone Palestinians in recent months.

There’s a gas station and a supermarket on the west side of the junction. Security cameras are hung in groups from the lampposts outside, like the fruit of strange metallic date palms. At each of the roundabout’s four exits, I saw a pair of soldiers standing behind metre-high concrete cubes. They held assault rifles in their hands with the long magazines in, ready to respond to the next attack. On one of the cubes, someone had stencilled an advertisement in Arabic using spraypaint: “DJ Re-Mash Music”, with a phone number. The worlds of everyday commerce and political violence touch and overlap here, as do the worlds of Israelis and Palestinians.

Read the full article from the Australian Financial Review