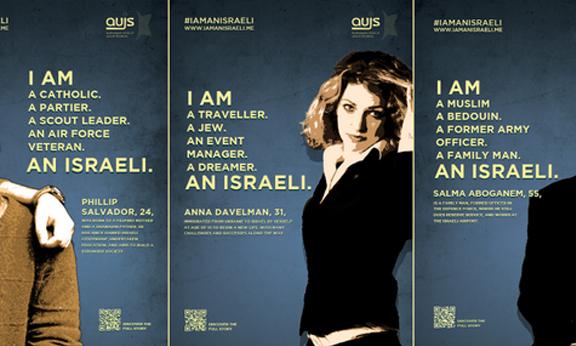 It is not the first time that the Australasian Union of Jewish Students (AUJS) has done so. But, for once, it was caught lying and forced to issue a public retraction and apology to Socialist Alternative.

AUJS is a large and well-connected Zionist student group. It has a goal of promoting a “positive image of Israel on campus” and a long history of slandering Palestine solidarity activists and the left.

In 2014, after Israel’s killing of 2,000 Palestinians led to a brief revival of Palestine solidarity activism, AUJS reacted with fury. Its primary target was the Socialist Alternative club at Monash University in Melbourne, which was subjected to a public campaign of vilification and an attempt to deregister the club for purported anti-Jewish discrimination.

This kind of activity is their bread and butter, and the most reliable way to damage the reputation of Palestine solidarity activists.

This was despite the fact that a number of Jewish students (including me) are members of the club. The claims of anti-Semitism were proven to be false, but the club was deregistered anyway.

Perhaps this success encouraged AUJS to make more false claims this year, complete with invented photo “evidence”. Or perhaps it was the fact that many former members of the deregistered socialist club continued to engage in public activism on campus in spite of AUJS’ attempts at slander and intimidation.

The latest episode began on 8 March, the day that Benny Gantz, a former Israeli general, was due to speak in Melbourne. A small protest had been planned for that evening – although it was not being promoted or discussed by activists at Monash University at all.

Despite this, a steady stream of students sought out members of Socialist Alternative and repeatedly asked if they had any leaflets promoting the demonstration. Given that these students gave no indication that they were interested in activism, and actually seemed hostile, it was hard to explain why they were approaching us.

The mystery was solved the next day. AUJS issued a public statement (now deleted) claiming that members of Socialist Alternative had been distributing anti-Semitic literature. It even produced a photograph of the leaflet that had allegedly been distributed.

The statement expressed deep concern at these troubling developments, and claimed that AUJS was arranging meetings with a number of university vice-chancellors.

It’s not unusual for Zionist organisations to make misleading claims of anti-Semitism. Indeed, this kind of activity is their bread and butter, and the most reliable way to damage the reputation of Palestine solidarity activists.

False testimony is common. But false photographs seemed a new level of dishonesty. Having failed to find evidence of Palestine solidarity activism at Monash, AUJS now had to fabricate it, to give itself something to denounce.

But the well-oiled communications machine of AUJS, which allowed it to issue a public statement and press releases, and make contact with every university vice-chancellor in the phone book, seemed to seize up when it came to dealing with socialists.

The group never bothered to contact us, and our repeated attempts to get in touch with its leadership went unanswered for days.

So we contacted Monash University management and encouraged them to ask AUJS for evidence – that did the trick. Shortly after the university asked for proof, AUJS issued an unprecedented public retraction and apology, finally admitting that the entire story was an invention.

AUJS now claims to be “reviewing processes for the reporting of incidents”. We hope the review is useful. From my perspective, having dealt with AUJS over a number of these “incidents”, my first suggested reform would be to stop lying.

I wrote to AUJS, asking what the current “processes” are, whether any effort was made to check whether its claims were true prior to going public and why no contact was ever made with the people being accused.

National chairperson Michael Fisher did not respond to these questions, although he did assure me that AUJS has “taken steps to ensure the chain of reporting of incidents of anti-Semitism is streamlined”.

This time, AUJS was caught and forced to back down. But allegations of this nature, fabricated and promoted by “respectable” Zionist groups, are increasingly common. They are often repeated freely in the mainstream press and used as the basis for discipline on and off campus. The consequences for pro-Palestine activists can be devastating, which is precisely why the claims are made.

This “incident” ended as a farce, not a tragedy. But it serves as proof of just how far campus Zionists are willing to go to smear the reputations of their political opponents.

Article from Red Flag  which is a not-for-profit left wing newspaper established by Socialist Alternative in 2013.