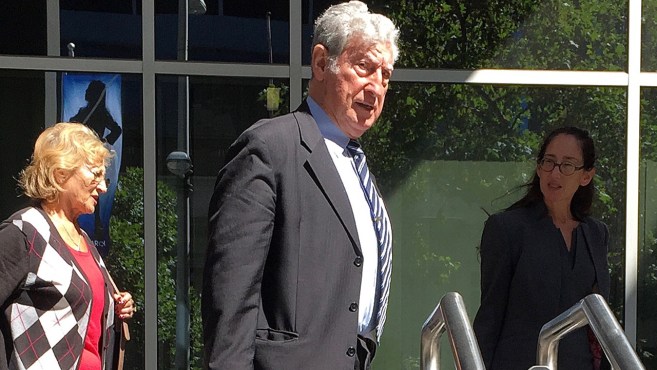 Lewenberg sorry for ‘moser’ comments has now been suspended

Melbourne lawyer Alex Lewenberg has apologised to a sexual abuse victim for saying he had no right under Jewish law to inform the authorities on a fellow Jew.

Lewenberg sat in court as a signed apology was read to a Victorian Civil and Administrative Tribunal hearing on Wednesday morning by his counsel Jeremy Ruskin QC.

In the apology, Lewenberg said his words to the victim, known publicly only as AVB, were “hurtful and damaging” and “completely unjustified”.

The hearing was also told Lewenberg had expressed remorse to a doctor friend of his and had sought the advice of a psychiatrist on the psychological effects his words might have had on AVB.

In a bail hearing for sex offender David Cyprys on September 6, 2011, Lewenberg, who represented Cyprys, was heard to tell Cyprys’s father that AVB, as a fellow Jew, should not have offered the court information regarding Cyprys’s likelihood to flee to Israel under the Law of Return.

LAWYER Alex Lewenberg has now been suspended from practice for 15 months for telling a child sex-abuse victim he should not help in the prosecution of a fellow Jew.

Tuesday’s decision by Judge Pamela Jenkins of the Victorian Civil & Administrative Tribunal (VCAT) to suspend his practising certificate comes on top of a two-year suspension over an unrelated matter in 1989, amid several findings of misconduct over the years.

Aside from the ban, which will take effect on June 1, Lewenberg was ordered to pay $55,000 to the Victorian Legal Services Commissioner (VLSC), who brought the case to VCAT. He has also been ordered to undertake a course in legal ethics.