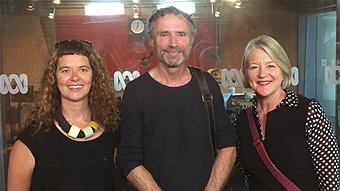 The guest in this segment from Jon Faine’s Conversation Hour is playwright and actor Andrea James who has co written and is performing in Bright World with Elise Hearst at Theatre works in St Kilda until 30 April. Andrea James, a descendant of William Cooper, and Elise Hearst, the granddaughter of Holocaust survivors have come together to tackle some pretty confronting issues on stage.