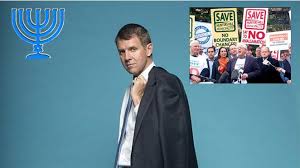 Tel Aviv. April 7th, 2016 – An official signing ceremony between the Government of the Australian State of New South Wales (NSW) and the State of Israel on a joint industrial R&D agreement took place this week in Tel Aviv. The goal of the agreement is to establish a mechanism of cooperation with parallel funding for companies from both countries conducting joint research and development projects.

Under the agreement, Israeli companies will team up with companies from New South Wales (NSW) to co-develop and commercialize innovative products. The companies will receive financial support from both governments. In Israel, support will be granted by the Israel Innovation Authority and in New South Wales participants will be supported by the Department of Industry of NSW through the Office of the Chief Scientist & Engineer. Support will be available to all industry fields, but with a particular emphasis on cyber-security, water management and agricultural technology.

The official ceremony was presided over by the Premier of New South Wales (NSW), the Hon. Mike Baird MP, and Mr. Avi Luvton, Asia Pacific Director at the Israel Innovation Authority.  “Today’s agreement is just the beginning of deepening cooperation between companies in Israel and New South Wales and will undoubtedly prove its value to both sides, leading to new levels of innovation,” said Luvton. “We are proud to share our best practices as the Startup Nation and look forward to promoting our successes in innovation and entrepreneurship with the delegation from New South Wales.  We are excited to be adding New South Wales to the growing list of states and countries which cooperate with Israel on technology and R&D.”

The agreement was initiated by the Israel Innovation Authority and the Israel Trade Commission in Australia as part of their efforts to strengthen the R&D cooperation between the two countries.

Ethy Levy, the Israeli Trade Commissioner in Australia, added that the level of research and technology in Australia combined with Israeli expertise in commercialization could open great opportunities for Israeli and Australian start up’s in global and especially Asian markets.

The Hon. Mike Baird MP, Premier of New South Wales (NSW) is heading a trade mission to Israel, which is focusing on innovation and research. The Premier is accompanied by a senior trade and official delegation, including the NSW Police Commissioner, Andrew Scipione APM, as well as the NSW Chief Scientist and Engineer, Professor Mary O’Kane. The mission was organized by the Australia-Israel Chamber of Commerce (AICC) and the Jewish Board of deputies.

The State of NSW represents over 30% of the Australian economy. It is Australia’s most populous State with close to 8 Million residents spread over 800k Sq. Km. NSW has a large and growing domestic market with GDP per capita around $US60,000. The NSW Government is undertaking an ambitious $20 billion infrastructure program as part of the Rebuilding NSW plan with significant investments in transport, roads, water, education, health, police and justice, sports and arts infrastructure.