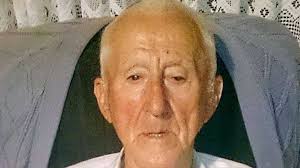 The death of a former Auschwitz guard days before his trial in Germany has dashed the hopes of two elderly Jewish survivors of Nazi rule who wanted to see justice for their parents, who perished while the guard was on duty at the death camp.

Israel Loewenstein, himself a 91-year-old Holocaust survivor, and Henry Foner, an 83-year-old chemist, talked to Reuters at their homes in Israel a day before news of the death of Ernst Tremmel, the former guard, emerged.

They had hoped Tremmel would face justice late in his life.

“But then again we don’t know if he would have even told the truth about Auschwitz – many of the accused don’t, after all,” Loewenstein told Reuters on Friday after learning of Tremmel’s death.

German courts are hearing two other Auschwitz cases. The trials of 95-year-old Hubert Zafke, a former Auschwitz paramedic, and of 94-year-old Reinhold Hanning, a former guard at the death camp, have already started. Both have remained silent on the accusations so far.

“It’s a good thing (Germany) is doing it, but it doesn’t touch my heart somehow,” Foner, who was evacuated from Germany to Britain with other Jewish children in 1939 as part of a Jewish initiative, said at his home in Jerusalem.

Tremmel’s platoon was regularly charged with overseeing the camp’s ‘selection process’, forming a human chain around the arriving deportation trains to prevent new arrivals from escaping before they were either selected for forced labour or sent off to be killed in the camp’s gas chambers.

Loewenstein, who survived the Holocaust in various forced labour camps, remembered the selection process when he arrived at the death camp in March 1943, at the age of 18.

“We came to Auschwitz in the middle of the night after four days on a train without food,” he recalled, speaking German at his home in Yad Hana, a former kibbutz in northern Israel.

“Suddenly, the doors were torn open, headlights were blazing, German shepherds were barking and we only heard the guards yell ‘Get out! Get out!’” From the group of 100 people Loewenstein arrived with in Auschwitz, only 17 survived.

Loewenstein’s parents, Paula and Walter, as well as Max Lichtwitz, the father of Foner, arrived on the same deportation train from Berlin on December 9, 1942. All three were selected to be killed and died in the death camp’s gas chambers the next day.

Report from The Australian which has some comments