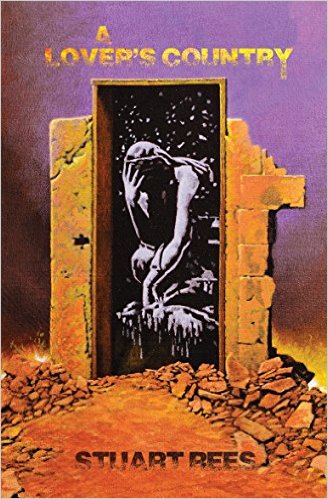 It seems that anti-Israel activists in Australia might have decided that fiction (I mean the stuff that owns up to being fiction) is the propagandistic way to go.

My previous post tells of the adoption of a Palestinian activist’s play by the powers that decide the curriculum in the Aussie state of Victoria, aimed at teenagers.

Quite a coup, leading to enormous satisfaction on the anti-Israel mob’s part.

Where has the Aussie Jewish “leadership” been meanwhile?

Have they been fobbed off with the fact that also on the VCE playlist for 2016 is a play that uses an Aboriginal leader’s 1938 protest to the German Embassy over Nazi persecution of Jews as a peg on which to hang its themes?  If so, they are woefully mistaken, for the latter play is in no sense a trade-off.

Soon to be launched, in Adelaide, is a novel by pro-BDS stalwart Professor Emeritus Stuart Rees of Jake Lynch’s Peace Centre.

Like the Palestinian activist’s play, Rees’s novel would appear to have a love story as hook on which to hang a political message.

The book is to be launched in May by Adelaide barrister Paul Heywood-Smith QC, a founding member of the Australian Friends of Palestine Association (AFOPA).

Mr Heywood–Smith’s views on Israel and on its supporters within the Australian Jewish community can be glimpsed here (something about “divided loyalties”).

And then there’s his own book, The Case for Palestine: The perspective of an Australian observer, launched last year.

Here’s what Michael Easson, a patron of the Australia Israel Labor Dialogue, had to say about it.