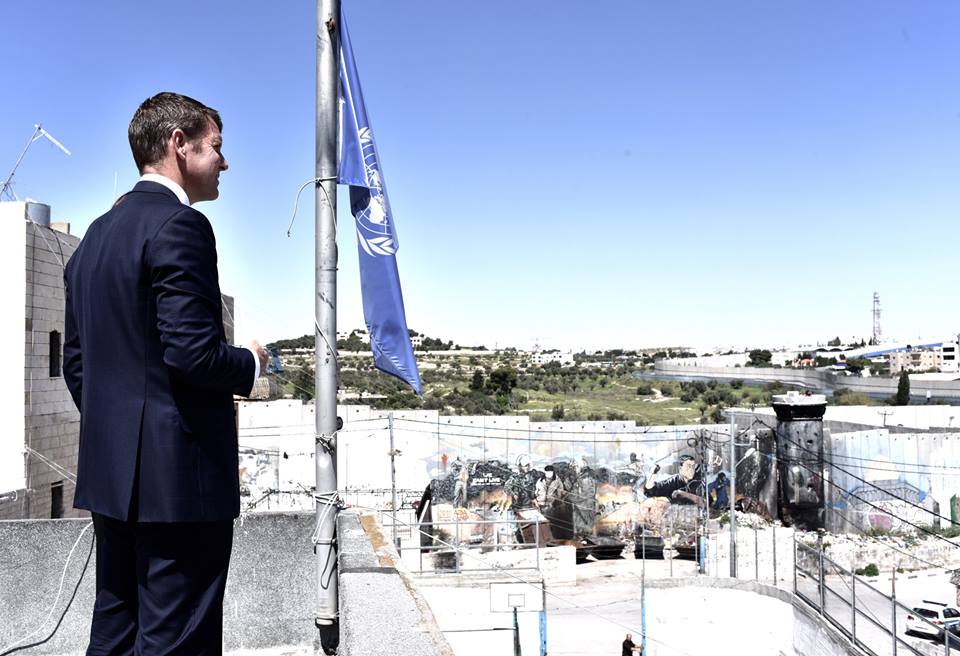 New South Wales Premier Mike Baird recently visited Israel and Palestine, the first for a sitting leader of the Australian state. After travelling to the occupied West Bank and seeing the Aida refugee camp, Baird wrote on Facebook that the situation was “heartbreaking.” He continued:

I don’t know where the cycle of thousands of years of violence ends.

But I do know that all kids should be able to dream. That they should have hope of a better future.

Baird’s motherhood statements, pushing the human angle of the conflict, diluted the politics. He didn’t mention the Israeli occupation, its nearly 50-year existence and effects on Palestinian children. Human Rights Watch recently stated that, “Israeli security forces are abusing Palestinian children detained in the West Bank. The number of Palestinian children arrested by Israeli forces has more than doubled since October 2015.” Amnesty issued a report this month telling Israel to protect human rights defenders and activists from Israeli military and settler violence.

Farmers in the occupied West Bank struggle daily against a broken supply chain that restricts access to agricultural equipment, technology and water

Baird also briefly went to Bethlehem and met its first female mayor. He wrote that Vera Baboun was a teacher and “fierce advocate for her community as she seeks to solve some very complex problems.”

Channel 9 News and Sky News covered Baird’s time in the West Bank, at least the word “occupation” was briefly uttered by one report, yet they both grossly exaggerated the journey into a supposedly brutal war zone. It’s nothing of the sort. I’m based in East Jerusalem and safely travel to the West Bank without fear of attack.

Read  the full Opinion piece by Antony Loewenstein in The Guardian