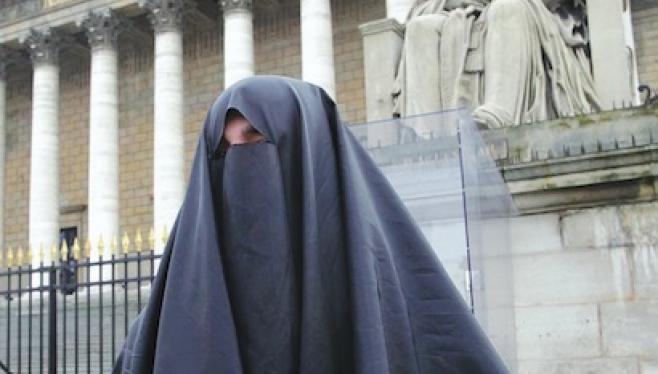 Islamist terrorists have been busy in Europe over the past six months. Last November, they attacked the Bataclan theatre and the Stade de France in Paris. And then in March, remnants of the old Paris cell struck again, this time hitting the airport and metro system in Brussels. Shock waves spread across the continent.

There was shock in Israel, too. Shock, but not surprise. For while Europeans are quick to differentiate between terrorists who strike within their borders and “militants” who strike in Israel, Israelis understand the fundamental nature of terrorism: whether it occurs in Europe or in Israel, it is essentially designed to visit indiscriminate death and destruction on the degenerate infidel, liberal and democratic.

Israelis, who keep a sharper eye on such matters than their complacent European partners, are also certain that this is not the end. Israel’s Defence Minister, Moshe Ya’alon, had the tough task of reinforcing the point last month. He told his visiting Polish counterpart, Antoni Macierewicz, that “hundreds of jihadists, already in Europe, are planning to strike Western targets on European soil… We are concerned,” he said, “that what we saw in Paris and Brussels is just the start, and that attempts to carry out terrorist attacks in Europe will continue.”

For good measure, he warned, seasoned jihadists in Europe were stockpiling weapons which they acquired while fighting in Syria. And they were spreading their poisonous ideology. Such warnings would be hard to ignore. The Polish minister must have known that Ya’alon, a sober, cautious, former Israeli Chief-of-Staff, was speaking with a high degree of certainty.

Some in Britain have already reached the awful conclusion that violent atrocities are just a heartbeat away. The extent of the threat was measured by an opinion poll conducted among the Muslim community last month for a major British television documentary, “What British Muslims Really Think”.

It found that extremist views are flourishing in Britain. While politicians claim that “only a tiny minority hold dangerous views,” an estimated 100,000 British Muslims admitted that they sympathise with suicide bombers in the fight against perceived injustice.

The poll showed that many British Muslims are disconnected from the country that most of their fellow non-Muslim citizens inhabit: 20% have not entered the home of a non-Muslim in the past year; 27% would like to live more separately from the rest of British society; 39% of adult men and women agree that wives should always obey their husbands; 33% support the right of a man to have more than one wife (even though it is illegal); 52% do not believe that homosexuality should be legal (even more oppose gay marriage), and almost 50% believe it is unacceptable for a gay or lesbian to teach their children. Some 4%, equivalent to 100,000 British Muslims, sympathise with those who used violence to “defend” Islam, and almost a quarter – 23% – support the introduction of sharia law. Not least, 35% believe Jews exercise too much power in Britain (compared to 8% of non-Muslims who hold this view).

In a bluntly worded article for the London Daily Mail, the former head of Britain’s Equality and Human Rights Commission, Trevor Phillips, noted that British Muslims are becoming a “nation within a nation”, with many holding very different values from the rest of society and seeking to lead separate lives.

Most worrying, wrote Phillips, himself of Afro-Caribbean origin, is that those with separatist views are far more likely to support terrorism. “Our politicians have tried to reassure us that only a tiny minority [of Muslims] hold dangerous views. All the while, girls are shipped off to have their genitals mutilated, young women and men are being pressured into marriages they do not want, and teenagers are being seduced into donning suicide vests or becoming jihadi brides.

“We have ‘understood’ too much, and challenged too little – and in doing so are in danger of sacrificing a generation of young British people to values that are antithetical to the beliefs of most of us, including many Muslims. In my view, we have to adopt a far more muscular approach to integration than ever.”

He noted that, “Britain is in many ways a better place than it’s ever been – more prosperous, more diverse, more liberal. But for some of our fellow citizens, we’re heading in entirely the wrong direction… Indeed, a significant minority of Britain’s three million Muslims consider us a nation of such low morals that they would rather live more separately from their non-Muslim countrymen, preferably under Sharia law”.

Meanwhile, as Europe’s security agencies attempt to assess the scale of the threat facing them, there is a state in the midst of Europe that appears to offer a relatively safe haven for jihadists: Bosnia-Herzegovina. According to findings by the Bosnian Ministry of Security, not only were munitions from Bosnia used in the January 2015 attack on the French satirical magazine Charlie Hebdo, but some of the weapons used in last November’s Paris attacks were also produced in the former Yugoslavia.

As a share of the population, more fighters from Bosnia-Herzegovina have joined ISIS than from any other country in Europe. Except, it is worth noting, for Belgium.

Article is by Douglas Davis on the AIJAC website