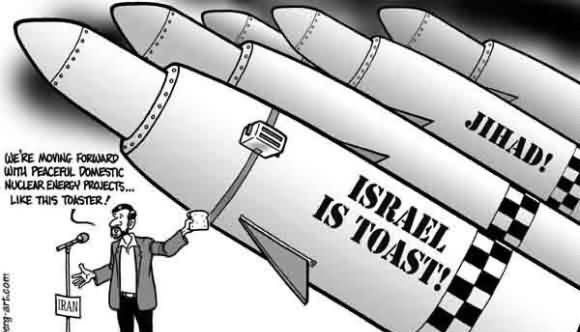 Vigorous debate about the policies of a government, both inside and outside a state, is vital for any robust democracy to thrive – Israel is no exception. Israelis and others are free to offer constructive and contextual criticism of specific Israeli policies, actions or government officials.

Yet since its creation, Israel, the only democracy in the Middle East, has been subjected to a unique and extreme double standard of judgment and criticism. No other country in the world has faced the same kind of half-truths, outright falsehoods and severe condemnation that Israel does. The Israel-Palestinian debate desperately needs more balanced, fact-based voices to dispel the myths and replace them with reality.

Professor Amin Saikal recently condemned Israel’s policies during the 2014 Gaza War (“Bernie Sanders dares to challenge Israel”, Times2, April 20, p5). He ignored the facts. Israel was provoked into the conflict when it was attacked by thousands of rockets fired by Hamas, the Islamic terrorist group who control Gaza. Throughout the operation, Israel pushed for a ceasefire 12 times. Hamas ignored all 12.

As former British commander Richard Kemp has said, “No army in the world acts with as much discretion and great care as the IDF in order to minimise damage. The US and Britain are careful, but not as much as Israel.” The blood of the civilians who were killed is on the hands of Hamas who provoked Israel into a conflict, cruelly used their own people as human shields and placed rockets in schools, hospitals and mosques. When the IDF sent multiple warnings to Gazans to evacuate before every operation, Hamas would threaten people to stay in their homes and shoot anyone trying to leave. Why? Hamas exploits the deaths of its children to gain the world’s sympathy. They use it as a weapon.

The IDF, Israeli security forces and police are taught to use only necessary force dependent on the situation in accordance with international law. As Israel defence minister Moshe Ya’alon has said recently, “We must be level headed and calm and avoid harming innocent people or creating situations where our anger causes us to lose our moral compass. We must uphold these values, as soldiers, police officers and human beings.” Hardly the basis for a shoot-to-kill policy, as Saikal has claimed.

Even though Israeli soldiers operate in highly stressful environments, they must abide by the IDF’s high military and ethical standards. When an IDF soldier allegedly shot and killed an already-subdued terrorist last month, he was arrested and is facing manslaughter charges, in an investigation spearheaded by the military.

Because more Palestinians than Israelis have been killed during the most recent spate of terrorism, Israel has been accused of disproportionate force. In fact fewer Palestinian civilians have been killed during the decades it has been fighting terrorism than any other nation in history facing comparable violence. These tragic deaths are the unintended consequences of fighting terrorism, not the object of violence. Conversely, the Israeli deaths have been willfully carried out by Palestinian terrorists doing everything they can to maximise the innocent deaths they cause.

Remarkably, Saikal is at odds with the European Union, the US, New Zealand, Britain and Australia as well as Arab countries like Egypt and Jordan because they have all recognised Hamas, known for indiscriminate suicide and rocket attacks as well as severe human rights abuses against its own people, as a terrorist organisation. And his claim that lone Palestinian assailants are “resistance fighters”? These terrorists target and murder innocent Israeli civilians and children and are then celebrated for the deaths they cause.

Hamas and the Palestinian leadership have unfortunately adopted terrorism as a first recourse and glorified it as part of their culture and religion. They poison the minds of their people, teach their children to idolise the murder of Jews and recruit young people as suicide bombers, grenade throwers and knife assailants. This is no different to the prolific indoctrination and recruitment of Islamic State against the West.

Israel bashing hides the truth. Palestinian leaders are responsible for the current situation of the Palestinian people. From Yasser Arafat to the current leadership, they have placed a higher value on the destruction of Israel than the construction of Palestine. They have categorically rejected all offers that would have resulted in a Palestinian state, even in 2008 when they were offered 93.7 per cent of the West Bank and an additional 5.8 per cent in areas adjacent to the would-be Palestinian state, safe passage from the West Bank to the Gaza Strip, parts of East Jerusalem and the return of 5000 refugees to Israel in 2008.

No other nation in history faced with comparable challenges has ever adhered to higher standards of human rights, been more sensitive to the safety of innocent civilians or been willing to take more risks for peace. When the Jewish state is held to a higher standard than all other nations in the world, we cross from the realm of constructive criticism to the realm of hate-driven bigotry.

This article has been written by Shmuel Ben Shmuel, who is Israel’s Ambassador to Australia.
He has had two article published in The Age/Sydney Morning Herald on consecutive days! Refer also to Settlements aren’t the key to Middle East peace