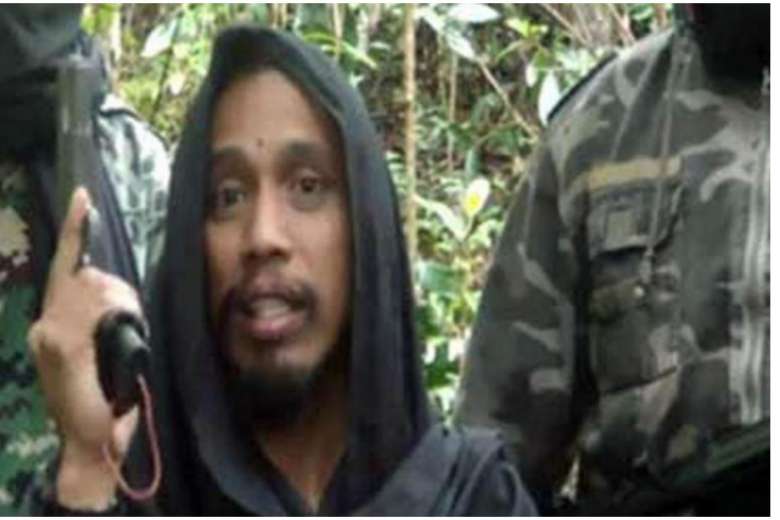 While the Islamic State territory in Syria and Iraq is receding, IS-linked entities still pose a deadly threat not only in Europe but also Southeast Asia, with hotbeds of activity in the southern Philippines and Indonesia’s Central Sulawesi region.

Suspected Abu Sayyaf militants abducted four Indonesian sailors and shot and wounded one crew member on the high seas off the east coast of Malaysia’s Sabah state – waters where Abu Sayyaf are known to operate – on April 15. If the Abu Sayyaf – based in the southernmost Islands of the Philippines – is confirmed to be behind the kidnapping, it would be its third such hostage-taking in as many weeks and comes amid a surge in such attacks.

Many Western and other embassies routinely issue warnings against travelling to most of the Philippines’ Muslim-populated southern regions, which lie just northeast of Sabah, because of the risk of being abducted by the group. In the past Abu Sayyaf has mainly targeted tourists as it has demanded (and often received) high ransom payments for foreigners.

Numerous military interventions against Abu Sayyaf have been staged over many years, usually resulting in limited gains but sometimes costly losses. Eighteen soldiers were killed in fierce all-day combat with Abu Sayyaf fighters in the hinterlands of Basilan Island on April 9 – the largest single-day government combat loss this year.

Government forces were deployed to kill or capture Abu Sayyaf commander Isnilon Hapilon, who has publicly pledged allegiance to the Islamic State and has been hunted for years for his alleged involvement in several terrorist attacks. The militants, however, apparently managed to reinforce their ranks quickly with up to 150 fighters, allowing them to inflict large casualties on troops, for the loss of only five men.

Similar operations in Indonesia have also not yielded the desired results, as efforts to apprehend ISIS-linked terrorism fugitive Santoso – which began more than seven months ago – have come up empty-handed.

Trained as a jihadist by jailed firebrand cleric Abu Bakar Bashir and the mastermind of several recent terror attacks across Indonesia, Santoso heads a group officially known as East Indonesia Mujahidin (MIT) and is believed to be running a paramilitary camp deep in a hilly jungle area of Poso in Central Sulawesi – the scene of bloody sectarian violence between 2000 and 2005. His camp has attracted militants from across Indonesia and beyond, even from members of China’s Uighur ethnic group.

Operation Tinombala, involving some 3,000 members of the National Police and the Indonesian military, was originally anticipated to last only six months and to be completed in March, but it remains ongoing.

In recent days, Santoso and close supporters have managed to escape from another siege by police and the army in mountainous jungle in Napu, Central Sulawesi. They were thought to have run out of supplies before making their surprise escape.

Although dozens of Santoso’s followers have been arrested or shot dead during the operation, including his second-in-command Daeng Koro, who died last year, there is good reason to continue the pursuit until he is found.

Indonesia’s National Police spokesman Insp. Gen. Anton Charliyan announced that officers have recovered documents linked to ISIS, detailing plans to make Poso more like Mindanao in the southern Philippines – the stronghold of several militant Islamist groups which has served as a fertile recruitment and training ground for terrorist cells across Southeast Asia.

“That’s why we are conducting a massive operation [in Poso]. We managed to get that document. Don’t let Poso become like Mindanao,” Gen. Charliyan told reporters in Jakarta on March 28.

Meanwhile, the National Antiterrorism Agency, or BNPT, has announced that as many as 600 residents of East Java may have become followers of the Islamic State, having taken their oaths of allegiance last year.

“We will keep an eye on those claiming allegiance to IS,” said Soubar Isman, Head of East Java’s BNPT, on April 12. He said at least 200 IS followers took their oath sometime in mid-2015, and then another 400 at the end of last year.

“They were sworn in by a former student of Abu Bakar Bashir. Some of them were students in this man’s boarding school,” he said.

Story by Michael Shannon at AIJAC