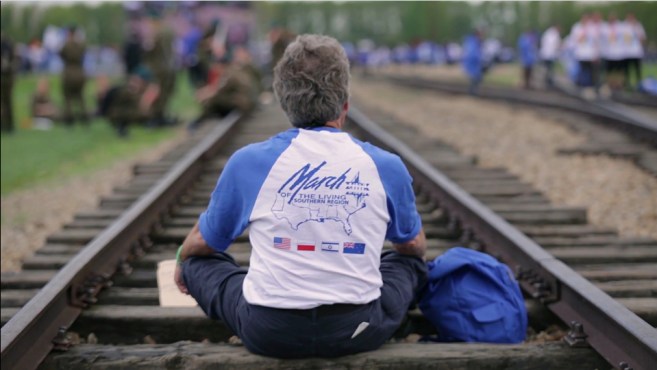 March of the Living film released

Dostalek found himself inspired to create a short film after taking part in Young Adult MOTL in 2014. He employed a crowdfunding campaign to make it a reality, and the film was completed in February 2015.

“The purpose of this film is so that Jews and non-Jews alike, from all around the world, can be made aware of the amazing opportunity that is March of the Living,” Dostalek explained. “The Holocaust was not just a tragedy to Jews, but to all of mankind. As a young Jewish adult, I feel that it’s up to our generation to make sure we don’t forget what happened.

“My goal is to inspire people from all around the world to want to participate in a program that is so important for our history and the Jewish legacy.”

The film is available for anyone to watch online for free, any time. Visitors to the site will also have the opportunity to make donations to help spread the film and its message around the globe.

Full story by Phoebe Roth in the Australian Jewish News