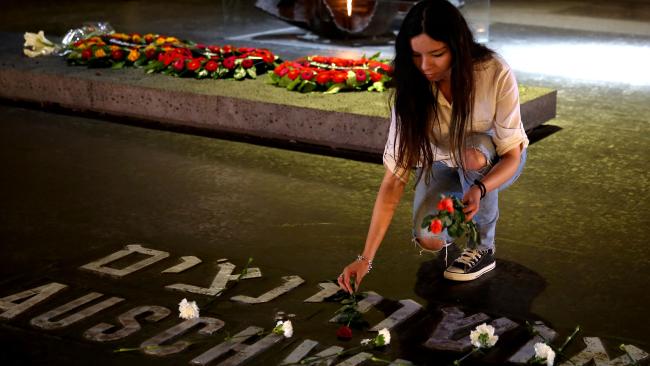 In a reflection of the deep divisions plaguing Israel, a general has set off a controversy after appearing to liken the ­atmosphere in Israel to that of Nazi-era Germany during a speech marking the country’s Holocaust memorial day.

The comments, coming on one of the country’s most sensitive and sacred days, enraged nationalists. The episode also underscored the rift between hardliners in the government and the security chiefs — who tend to be more pragmatic on relations with the Palestinians.

In a speech to mark Thursday’s Holocaust Remembrance Day, deputy chief of staff Major General Yair Golan said the Holocaust should prompt Israelis to “think deeply” about their society.

“If there is anything that frightens me in the remembrance of the Holocaust, it is discerning nauseating processes that took place in Europe in general, and in ­Germany specifically, back then, 70, 80 and 90 years ago, and seeing evidence of them here among us in the year 2016,” he said.

Although military figures are supposed to steer clear of politics, General Golan’s comments ­reflected the concerns of Israeli liberals about the deterioration of Jewish-Arab relations and the ­increasing mutual antipathy as a result of a wave of Palestinian ­violence. Since September, 28 Israelis have been killed in ­Palestinian stabbings, shootings and car rammings. Nearly 200 Palestinians have also been killed, most of them attackers.

He called on Israelis to “discuss our ability to uproot from among us buds of intolerance, buds of ­violence, buds of self-destruction on the path to ethical deterioration”.

Full story in The Australian (AP)