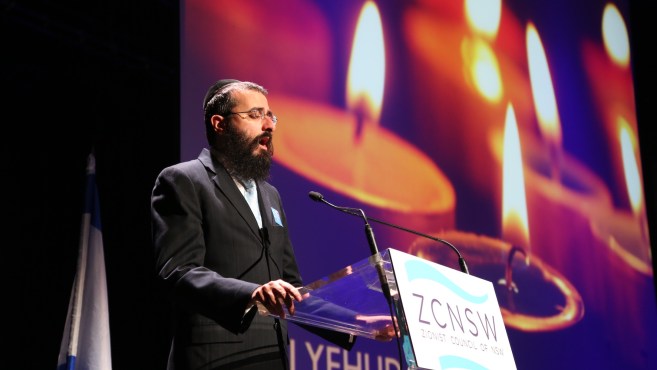 MORE than 300 people attending a Yom Hazikaron remembrance ceremony at Sydney’s Moriah College on May 10 got a real sense of the human cost of protecting the State of Israel through the words of guest speaker Omer Levi.

The 28-year-old suffered permanent disability and almost died in 2014 while carrying out his duty as an evacuation commander in the Israeli Army, tasked with driving into a Hamas terror tunnel in Gaza in an attempt to rescue a fallen soldier.

While Levi survived, five soldiers in his unit tragically died.

“The day after Yom Hazikaron is Israel’s Independence Day, and the best way to pay your respects to those soldiers who died is to go out and celebrate Israel,” Levi said.

Anat Sultan-Dadon, the deputy chief of mission at the Embassy of Israel in Canberra, said, “We bow our head tonight for the 23,447 fallen Israeli soldiers and victims of terror.”

Full story is in the Australian Jewish News