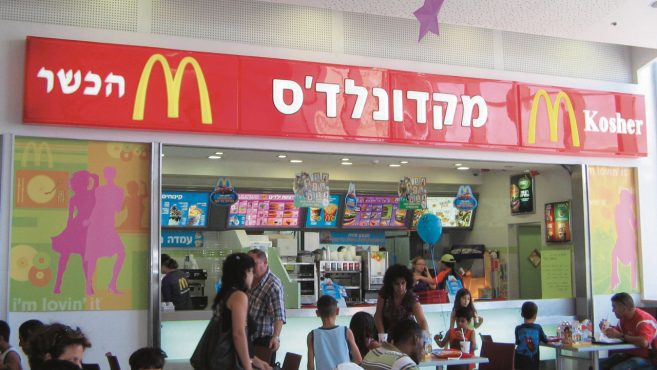 IN a decision sure to ruffle a few loose kilts in the Scottish-mad northern NSW town of Maclean, a Jewish lawyer has lost his battle against McDonald’s to register the business name McKosher.

Mark Vincent Glaser, principal of Glaser Lawyers, had provided a statement to the Australian Trade Marks Office (ATMO) claiming he is of Scottish Jewish descent, his ancestors’ surnames included McKosher and he intended to open a restaurant with that name in Maclean, which would be “serving kosher meals and products using Scottish and Jewish recipes”.

He  also told the ATMO that Maclean’s population prides itself that the town is known as “the Scottish capital of Australia” and prefixes like Mc and Mac are commonly used to describe local events and services there.

Full story by Shane Desiatnik in the Australian Jewish News