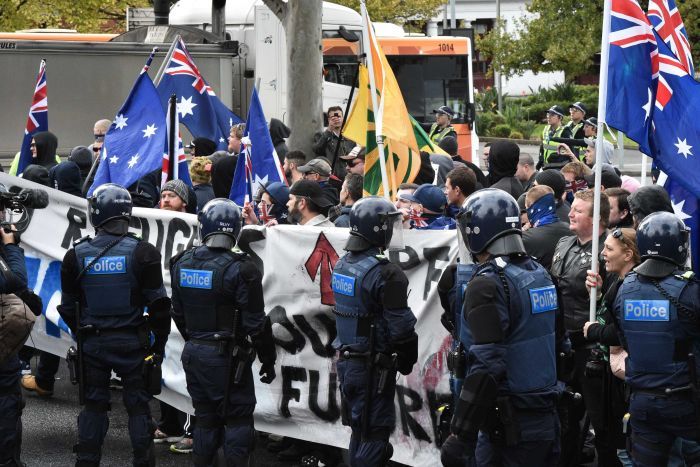 The Australian makes a blue 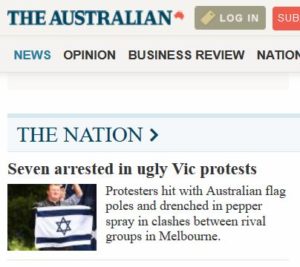 Browsing through The Australian on Saturday May 28th I read about the clashes in Coburg, a northern suburb of Melbourne, between hundreds of people who took part in duelling left- and right-wing rallies.

To my utter surprise the photograph thumbnail for the story in the online newspaper showed somebody standing in front of an Israeli flag.

The anti-Islam protestors were brandishing Australian flags but from all of the news coverage there was no sign that an Israeli flag had been displayed by anyone.

Later that day The Australian changed their article covering this event and it showed that the online editor had changed the title of the story to ‘Seven arrested at Vic rallies’ and the photo depicted a scene from the battle that went on between the rival forces.

One can only w 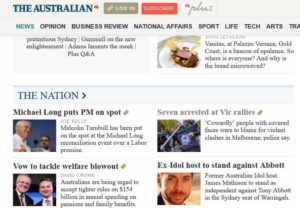 onder what went on in the mind of the The Australian staff member who had originally posted the spurious photo of a person holding up an Israeli flag. It misrepresented what was going on and could have been construed by those who saw it as suggesting that there were Jews present who opposed the anti-racist march.

How much damage such mistakes cause is anyone’s guess.

[JMedia: The Australian online editor has declined to respond]