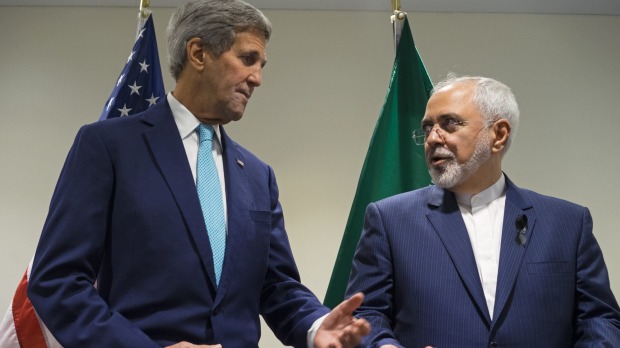 The Iran nuclear deal – there is more work to do

The Iran nuclear deal known as the Joint Comprehensive Plan of Action was officially “implemented” in January this year when world powers lifted sanctions on Iran. So is the Iranian nuclear problem now solved, with the only problem for the international community to continue implementing the JCPOA?

Actually, both the Iranian regime and the two presumptive US presidential candidates are today acknowledging that the JCPOA is far from a finished stand-alone agreement – and there is still much to resolve if it’s to do what it’s intended to do.

Thus, in recent weeks, Iranian officials have lashed out at the US because Teheran has been failing to receive all the economic benefits it hoped for under the deal, and threatening to walk away from the agreement if it does not receive additional economic concessions. In particular, the Iranians are angry that most Western banks remain reluctant to do business with them, and want the US to do something about it.

For example, Iranian Foreign Minister Javad Zarif told The New Yorker on April 25 that “The United States needs to do way more. They have to send a message that doing business with Iran will not cost them. Period.” Zarif also said that while the nuclear deal is in place, “if one side does not comply with the agreement then the agreement will start to falter.”

Dr Colin Rubenstein is executive director of the Australia/Israel and Jewish Affairs Council. Previously, he taught Middle Eastern politics at Monash University for many years.

Read the full article in The Canberra Times.