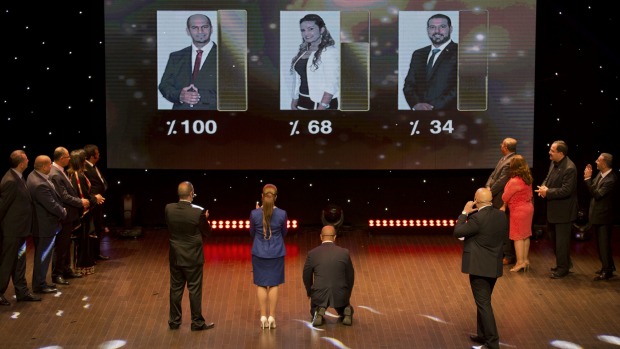 Ramallah, West Bank: The winner of this election for Palestinian president was a 24-year-old lawyer from Israeli-occupied east Jerusalem, who defeated a woman and a Christian from Bethlehem. But this was reality television – not real life – and the vote came on a TV show called The President that is meant to educate young Palestinians about politics.

In reality, Palestinians haven’t had a chance to cast an actual ballot for president in over a decade.

The spirited competition among the three young finalists has drawn attention to the shortcomings of the Palestinians’ experiment with democracy, complicated by Israeli military occupation, now in its 50th year, and two decades of failed peace efforts.

The last time the Palestinians in the West Bank and Gaza Strip elected a leader was in January 2005, when current President Mahmoud Abbas won by a large margin. Now polls indicate widespread discontent with Mr Abbas and the long-ruling entrenched leadership around him.

Read the full story in The Sydney Morning Herald