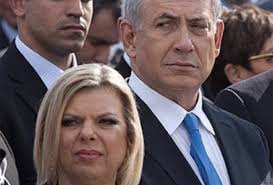 Benjamin Netanyahu and his wife spent more than $US500,000 ($675,000) during a five-day trip to New York last year, according to documents the Israeli Prime Minister tried to keep secret.

The cost of the trip to attend the UN General Assembly is the latest controversy over the luxurious life of Israel’s first family.

Mr Netanyahu hired a make-up artist, costing $US1750, and the couple spent $US1600 on hair­stylists. Taxpayers forked out another $US1860 for meals. The invoice was released under a freedom of information request filed by an ­Israeli lawyer.

Mr Netanyahu’s office tried to block its release, but a Jerusalem court ruled against him this week.

Read the full story by Gregg Carlstrom in The Australian