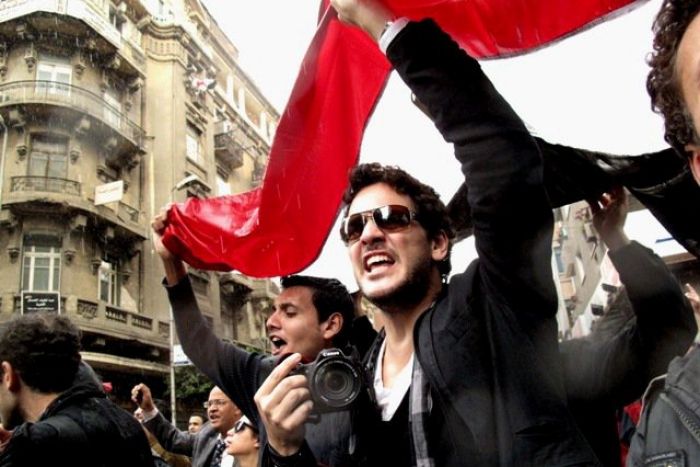 The death of a young Egyptian beaten by two policemen shook actor and director Khaled Abol Naga to the core.

“To lose his life because he didn’t have his ID at an internet cafe was outrageous,” he told Jane Hutcheon on One Plus One while on a private visit to Australia.

Abol Naga — who has been described as Egypt’s Brad Pitt — has used his profile as a media personality to speak out for tolerance, human rights and justice in his country.

In 2005, he joined the Make Poverty History campaign and was appointed the UNICEF Goodwill Ambassador for Egypt in 2007.

Through his work, he has raised awareness about controversial issues including female genital mutilation, children’s rights and HIV/AIDS.

Abol Naga’s father was the governor of East-Cairo and a lieutenant who fought in Palestine in the 1948 Arab-Israeli War.

He learned of his father’s war experience after finding a batch of love letters that were written to his mother.

“I was looking through an old box my mum kept and it had postcards and these beautiful postcards came from Palestine,” he said.

The actor was struck by the beauty of the cedar trees that featured so prominently in his father’s postcards.

Little did he realise that he would one day make a feature film in the Palestinian territories, surrounded by those trees.

See the full interview with Jane Hutcheon on One Plus One which is ABC TV’s weekly long-form interview show. Preliminary story is here.