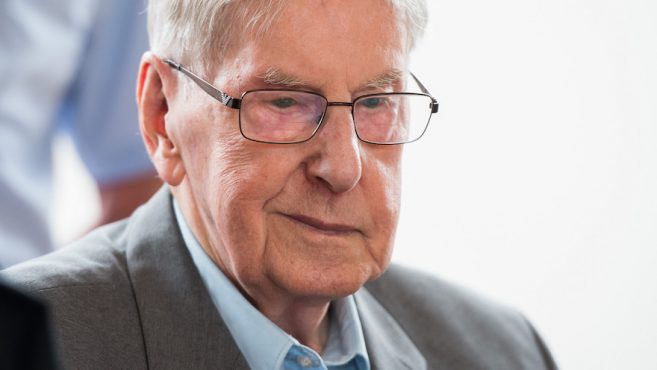 REINHOLD Hanning, a 94-year-old former guard at Auschwitz-Birkenau is appealing his conviction on 170 000 counts of accessory to murder. A statement released by the Detmold state court said that Hanning’s attorneys had filed appeals following the June 17 verdict.

During the trial of another Auschwitz guard, the court heard Hanning had contributed to the building of the ‘death machinery’ in the camp, where approximately 1.1 million people were murdered. The court also heard that Hanning was promoted twice between 1942 and 1944.

In a 22-page report declaration, Hanning acknowledged that he knew what was happening in the camp. “I want to say that it disturbs me deeply that I was part of such a criminal organisation,” he told the court, “I am ashamed that I saw injustice and never did anything about it and I apologise for my actions. I am very, very sorry.”

The prosecution had requested that Hanning serve six years in prison. His lawyers pushed for an acquittal, arguing that there was no proof he directly participated in a specific act during his time as guard. Hanning was sentenced to five years in prison, despite the experts’ predictions that he was unlikely to serve time due to his advanced age.As long as there is a tiny chance to find people alive, we continue to investigate,” he said.

Read the full article by Yael Brender in the Australian Jewish News.