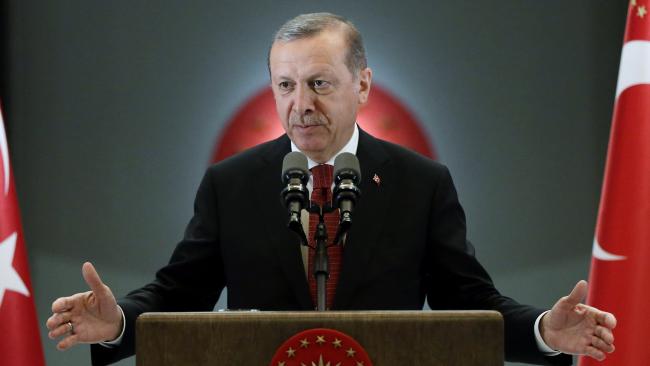 Turkey is moving to mend its relations with Egypt in what would be the third significant shift in President Recep Tayyip Erdogan’s foreign policy in as many days — and the latest sign that Ankara is scaling back its support for the Muslim Brotherhood.

The ruling AKP appears to be tearing up the strategy that it has pursued since the onset of the Arab Spring in 2011, and reverting to its longstanding “zero problems with the neighbours” stance. Ankara had been one of the region’s most ardent supporters of governments and movements linked to the Brotherhood, including Hamas in Gaza, the former government of Mohamed Morsi in Egypt and sections of the Syrian opposition. That has soured its relations with Middle Eastern governments it once considered allies, such as Israel and the Syrian regime of Bashar al-Assad.

Binali Yildirim, the recently ­appointed Turkish Prime Minister, confirmed Ankara was ready to begin talks with President Abdel Fattah el-Sisi of Egypt, who came to power in 2013 in a military coup that overthrew Mr Morsi. Turkey was one of Mr Morsi’s first and staunchest backers when he won Egypt’s first elections after the Arab Spring and was a vociferous opponent of Mr Sisi’s coup.

Mr Yildirim said there was “no obstacle” from Turkey’s side to restoring relations. “Actually, we are ready. We do not have any reservations,” he said. “(Egyptian ministers) will come, ours will go (to Ankara and Cairo). Businessmen may come, cultural exchanges are possible, military mutual contacts may be reached. These are all possible, there is no problem.”

His comments came on a day when Ankara surprised observers by formally reconciling with Israel and sending the biggest signal yet that it wants to mend relations with Russia. Tel Aviv and Moscow are fiercely opposed to the various Islamist groups that Turkey has backed over the past five years. A Turkish government said the AKP was “absolutely not turning its back on the Muslim Brotherhood”. Ankara also insisted that Hamas was happy with the reconciliation deal with Israel, under which some humanitarian aid will be allowed into Gaza.

Read the full story taken from The Times in The Australian.