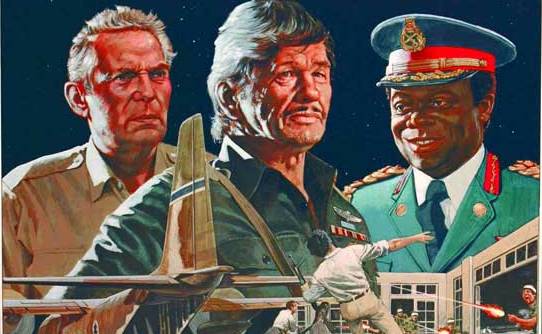 IN an era when about three planes were hijacked around the world every month, Israel’s response to a bizarre terror union of anti-Nazi German student radicals and Palestinian liberationists was made for Hollywood.

Code-named Operation Thunderbolt, Israeli authors and filmmakers have released dozens of books and documentaries, most praising the brave daring of their commandos.

Adding to the confusion, over the Airbus A300 intercom the hijackers told 246 frightened passengers and 12 crew they were under the control of the “Che Guevara Force and the Gaza Commando of the Popular Front for the Liberation of Palestine (PFLP)”.

Then in 2007 Britian’s National Archives released a file suggesting Israel’s Security Service, the Shin Bet, had helped subversive agents in the PFLP stage the hijack.

First secretary at the British embassy in Paris, David Colvin, told superiors a contact in the Euro-Arab Parliamentary Association suggested the attack was designed to torpedo the rival Palestine Liberation Organisation’s standing in France, and prevent a perceived rapprochement between Americans and the PLO.

Read the full story by Marea Donnelly, History Writer in The Daily Telegraph.