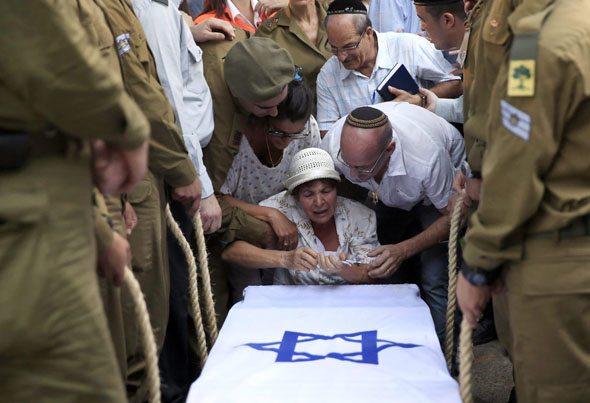 Last week marked two years since the beginning of Operation Protective Edge. Over the course of a month and a half, Hamas and other terrorists group operating in Gaza indiscriminately fired over 4,500 rockets aimed at Israeli population centres. Ultimately, Israel was forced to send its soldiers to enter into Gaza on foot in an attempt to stop the terror.

During this time, Hamas committed the double war crime of firing at civilians while using their own civilians as human shields. Their own operatives captured recently by Israel admitted what photographic and video evidence had proved long ago – that Hamas stored and fired weapons from mosques, residential homes, schools and hospitals, not for the first time placing well over a million Gazans in harm’s way resulting in an estimated 2,100 deaths, a majority of who were Hamas fighters but there were also many civilian casualties.

On the Israeli side, 65 soldiers were killed in action and 8 civilians were killed, while millions of civilians were terrorised and traumatised by the missile attacks. Two soldiers, Hadar Goldin z”l and Oron Shaul z”l, who were listed as killed but have not had their remains returned by Hamas, have yet to make their final journey home. The casualty rate would have been far greater but for the Iron Dome missile defence system and the fact that the country was well prepared with early warning systems and bomb shelters in place in many of its buildings.

Resilient as ever, Israelis continue on.

An old Israeli song, written by poet Haim Hefer and performed by Yehoram Gaon, called “Hamilchama Haachrona (the Last War)” keeps running through my head, where he promises a little girl that this war (at the time, the Yom Kippur War) will be the last war.

So when we wonder if Operation Protective Edge was to be the last war, we know that it will not be, because as I write, and for the last nine months, another war, silent and slow-burning, has occurred; one to which the outside world is either largely unaware or uncaring, thanks in part to an indifferent media.

Many in the media these days somehow find it difficult to give recognition to the countless attacks carried out by Palestinians against innocent civilians as “terrorism”, even those that are carried out with the imprimatur and encouragement of their political and religious leaders. A map of world-wide terrorist attacks that had taken place during the month of Ramadan shown last week on CNN initially completely omitted any terror attacks that have taken place Israel over the past month. This includes the murder of teenager Hallel Yaffa Ariel, who was stabbed to death in her bed a few days before, and the murder of Miki Mark, father of ten, who was shot dead in front of his wife and two of his children. When this was pointed out, CNN belatedly added the June 8 terrorist attack on Sarona Market in Tel Aviv to its list, but the brutal West Bank attacks were still nowhere to be seen.

The 2014 war and its aftermath, including the current wave of terror reminds me of an old clock on the wall that goes “tick, tock, tick…”

There is so much here in Israel to remind you of the ongoing nature of the conflict and of its potential to return.

On 22 July 2014, when missiles were being fired relentlessly at Israel, a house in my husband’s home town of Yahud, which is just a few kilometres from Ben Gurion International Airport was directly hit by a rocket. One woman was lightly injured but the damage to the house was beyond belief.

A few days ago, while taking my one-year-old son for a walk in the area, we came upon the house that had been hit.

From the outside, you would not be able to tell the house had been damaged but a few things hit me hard.

Firstly, the house is around 200 metres (or a block) away from my in-laws’ home. Like the residents in the house that was hit, they do not have a bomb shelter in their house. When a red alert sounds in this town, to many of the townsfolk, it’s like playing a game of Russian Roulette with fate.

Secondly, the house is diagonally across the road from a religious school. Thankfully, the war occurred over the summer holidays but again, the brush with fate seems a little too close for comfort. My older son is in daycare not too far from the site either and I cannot imagine how I would have felt sending him off to his crèche, day in day out, against a backdrop of incessant rocket attacks.

The song continues to play in my mind. The chorus is on repeat: “I promise you my little girl, that this will be the last war”.

Each time I think of this song, I wonder how old that little girl might be now, and just how many wars have taken place since “the last war”?