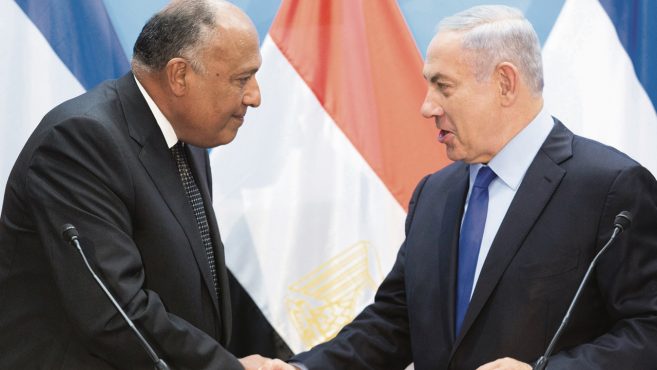 A historic visit to Israel

FOR the first time in almost a decade, Egypt’s Foreign Minister visited Israel this week, signalling the new diplomatic romance between the two countries is thriving.

Just four years ago, Israelis and Egyptians were asking whether their 1979 peace treaty would survive.

There was an Islamist, Muslim Brotherhood member, Mohamed Morsi, serving as Egyptian president and relations with Jerusalem hung in the balance.

But after Morsi was forced out in 2013, the Cairo-Jerusalem relationship began to improve, and over the last few months, it has entered what some analysts have called a “honeymoon” period, with Egypt’s ambassador reinstated in Tel Aviv and security ties deepening.