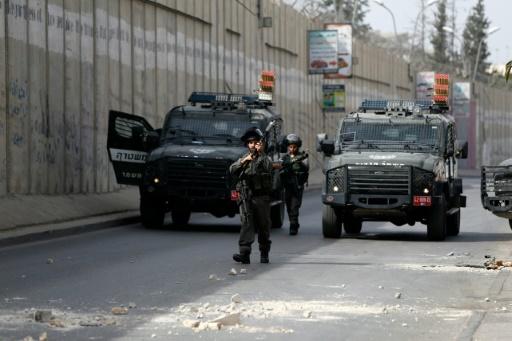 An Israeli border policeman shot dead one Palestinian and wounded another in the occupied West Bank on Wednesday when they drove towards officers, an army spokeswoman said.

The officers had been carrying out a search operation in Al-Ram, northeast of Jerusalem, during which they uncovered an arms workshop, when they spotted the vehicle coming towards them, the spokeswoman said.

One of the border policemen, who “felt in danger”, opened fire, she added.

A third Palestinian in the vehicle was arrested.

Read the AFP report in The West Australian.