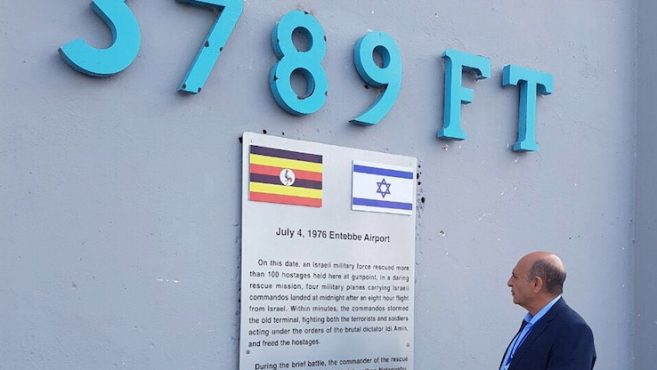 THE deputy commander of the Israeli raid in Entebbe, which saved the lives of 102 hostages 40 years ago, will come to Australia in September to speak at Jewish National Fund (JNF) functions.

Shaul Mofaz, who also served as the Israeli Defence Forces (IDF) chief of staff from 1998 to 2002 and as Israel’s defence minister from 2002 to 2006, will speak in Sydney, Melbourne and Perth.

Mofaz, who told The AJN this week that he is excited to come to Australia, reflected on how he felt when he returned to the airport in Uganda last week where the raid had taken place.

“This time, senior Ugandan officers and an honour guard welcomed us, whereas 40 years ago they fought us,” he said.

“Signs of the battle are still etched in the walls of the control tower; the bullet marks made by the Israeli rescue force.”