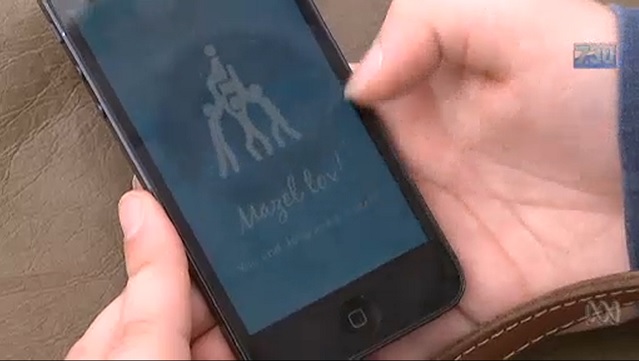 Most people know about mobile dating app Tinder, but have you heard of Bae, Salaam Swipe or JSwipe? These are just some of the many niche dating apps catering for those from different religious or cultural backgrounds.

So I think, for me personally, religious denomination and dating has never been that important. I mean, my Mum married out of faith. So she’s Jewish and my Dad is, l think he’s, like, Protestant or Presbyterian or something.

It was only when my Mum asked me if I was gonna bring a boy to Pesach or Passover; and I was like, “Oh, no.” I thought it would be really funny to check out J-Swipe, which is Jewish Tinder.

(Reads) Oh, this guy looks cool. He is just Jewish, not kosher.

When you’re using J-Swipe and you kind of swipe left or swipe right, you either have a smiling Star of David or a frowny Star of David. And when there’s, like, another really great match where two people connect, there’s a series of dancing rabbis. And it says, “Mazel tov! It’s a match!”

(Reads) Dancing on the chairs there, which is really fun.

I know a lot of my Jewish friends would only date within kind of like the Jewish culture, just because there are a lot of really similar values and expectations that come with Judaism. Like, you know, you’re closest with your family, kind of like how nosy your mum’s gonna be. It’s almost like J-Swipe is your nice Jewish mother. It even says “Bubbi approved.” So I think it’s kind of a nice, digital version of your traditional Jewish matchmaker.

Watch the full report on the ABC 7:30 Report.