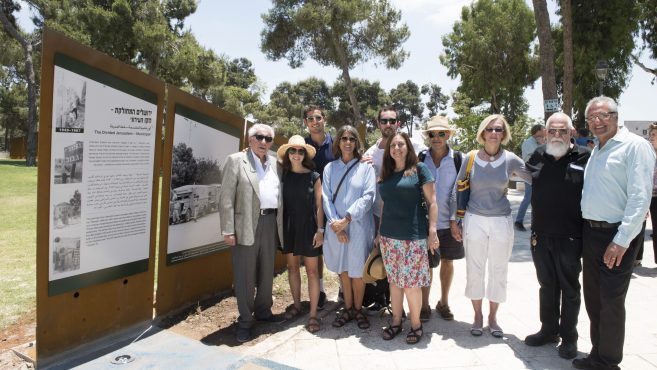 IT was an opening ceremony steeped in emotion on July 6 at Ammunition Hill, Jerusalem, where almost 50 years ago the blood of 37 young Israeli soldiers was spilt in one of the fiercest and most strategically important battles of the Six-Day War.

The ceremony opened the national heritage site’s new educational walkway and expansion of its Jerusalem Garden that was supported by Harry and Rhonda Triguboff.

The Triguboffs were joined at the ceremony by close friend Shimon Cahaner, who was one of the heroes of the Six-Day War.

At 2am on June 6, 1967, Cahaner was thrust into leading his paratrooper unit in a charge towards the Rockefeller Museum in East Jerusalem after the commander was wounded.

He said he knew at the time that the battle at what is now known as Ammunition Hill “was something historic”.

Ammunition Hill serves as a national memorial to the 182 IDF soldiers who fell during the Six-Day War.