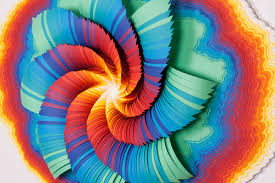 The Chilcot Inquiry into the former Blair Government’s decision to sign up to the Second Iraq War never mentioned Israel as one of the reasons for going to war. Yet the Canberra Times (July 8) apparently knows better, claiming in an editorial the real reason Iraq was invaded had “more to do with protecting Israel’s interests than in shutting down Saddam’s so-called terrorist links or preventing him from manufacturing crude weapons of mass destruction.”

This is a dangerously deluded conspiracy theory. In early 2002, then Israeli Prime Minister Ariel Sharon actually warned the White House not to remove Saddam Hussein.

This was independently verified in 2007 by Col. Lawrence Wilkerson, the chief of staff to US Secretary of State Colin Powell in 2002, who said, “the Israelis were telling us Iraq is not the enemy – Iran is the enemy” and that “if you are going to destabilize the balance of power, do it against the main enemy.”

Even Fairfax chief correspondent Paul McGeough (July 8), who has a history of inserting Israel gratuitously into his articles, noted in his piece only that Chilcot stated that British intelligence saw Iran, North Korea and Libya as “greater threats than Iraq, in terms of the proliferation of nuclear, chemical and biological weapons”.

Many in the media noted the similarities between the horrific Islamist terror attack in Nice involving the use of a truck to kill more than 80 people and the use of vehicles in recent Palestinian terror tactics.

In the Australian (July 16), a Wall Street Journal report quoted former CIA agent Bruce Riedel saying, “we’ve seen similar vehicle attacks by individual Palestinians against Israelis, which have gotten enormous attention in jihadi circles, and al-Qaida has called for people to imitate them.”

In the same edition of the Australian, Australian Strategic Policy Institute Executive Director Peter Jennings noted that, “Islamic State is not the only terror group to use vehicles as weapons. There have been a significant number of attacks in Israel. These have tended to involve vans or smaller passenger vehicles driven by Palestinians supporting Hamas. In 2008, a bulldozer was used in Jerusalem to kill three people and injure a dozen more.”

Also that day, the paper itself editorialised the same point noting that “vehicles have been used in other terrorist acts, normally to carry bombs, Palestinian militants have been using cars to run down Israeli civilians at bus stops on the West Bank.” (In fact, many of the attacks have been in Israel proper.)

Disappointingly, the Daily Telegraph cover (July 16) reporting the Nice attack listed a number of recent deadly terror attacks that did not include any against Israeli targets. However a report from Cindy Wockner noted that, “the use of trucks has long been a tactic employed as a weapon of terror by the Palestinians in Israel.”