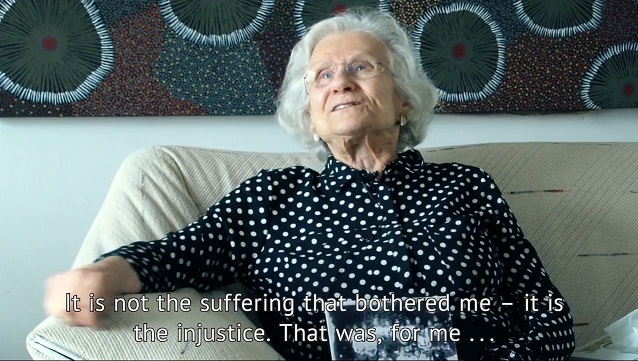 In March, 1944, Germany invaded Hungary … Overnight, the anti-Jewish feeling, which had become rampant, took another much more lethal and official form.

It was on that Pesach night, the festival of Jewish freedom, that Nyírbátor’s authorities chose to test the town’s newly installed air-raid sirens. Everyone had been instructed what we should do when the siren sounded but when we heard that wailing at our Seder table, we remained where we were for a short time. It was as if we needed an extra minute before we could accept the shame of leaving our Seder.

I looked at my father’s face, at his ashen cheeks. Mingled with my love for him was a profound pity. As if he had not already suffered enough indignity.

We filed out into the chill of the spring evening and stood huddled together, my father still sobbing, and my mother too. We were mournful. When we returned to our Seder, we were in a mood that made us especially sympathetic to the Jews of Egypt when they heard Moses and Aaron commanding them to quit their homes and put their feet to the road of flight. But we did not have a Moses, and we had no place to go.

Read the article in the Australian Financial Review weekend edition.