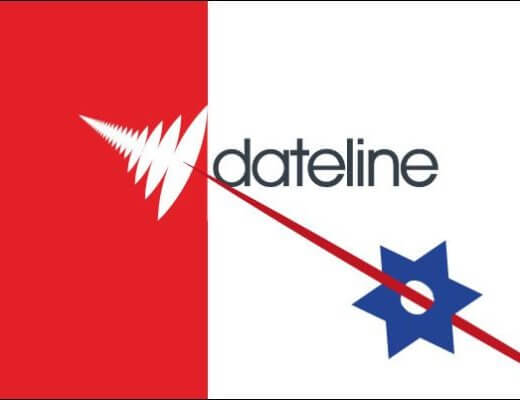 The Alternate Guide to Gaza

On Tuesday July 12th , SBS screened a programme on Dateline entitled “The Survivor’s Guide to Gaza”. The blurb for the programme read: “Gaza will be unliveable by 2020 according to the UN, with daily life already a struggle to find food and shelter, but Dateline finds the people bringing innovation and inspiration to the fight for survival”.

As a result, I looked forward to seeing what sort of innovation its people were bringing to Gaza since we constantly hear negative things about the place; I welcomed the idea of a show that demonstrated that Gazans are striving to make the world they inhabit a better place.

Unfortunately, the documentary failed to take us there, and predictably took us to the obvious place where such productions usually take us – the suffering that exists in Gaza is only because of Israel, the blockade and the wars visited upon the people and therefore Israel alone is responsible.

The entire production was full of inaccuracies and omissions that made it a very subtle propaganda piece.

The basic premise about Gaza being potentially unliveable is never really examined. We are not taken to the plush plazas and shopping malls, the swimming pools and even night clubs that serve the wealthy and the middle classes, nor are we made aware of the fact that many of the Hamas-led ruling class is wealthy beyond imagination while the multitudes live in squalor.

Newscasters who claim to be “liberal” or “progressive” and who claim to cater to sophisticated audiences would normally focus on such inequity and inequality within a society, but not when it comes to Gaza.

Although it touched on the Hamas take-over in in 2007 (with little depth about the bloody coup that ensued), there was no context provided as to why Gaza is in its present state. Absolutely no mention was made of the Israeli Disengagement in 2005, or of the thirteen and a half thousand rockets, some of which reach as far as Israel’s main international airport, that have been fired by Palestinian terror groups from Gaza into Israel ever since.

But you simply cannot talk about the wars with Israel without asking why they happened.

Inevitably however, the blockade and its causes were given short shrift; nor was the fact that Gaza which has a border with Egypt and also has a blockade which might possibly have something to do with the reported close co-operation between Hamas and ISIS in the neighbouring Sinai Peninsula.

Why does Israel feel the need to keep a close eye over what goes in and out of Gaza?

Perhaps because millions of dollars each year are spent by Hamas fuelling the terror campaign against Israel, including smuggling rockets and other weapons, and the building of tunnels. Money which in many cases should be spent on improving the lot of the people.

The filmmaker is taken out on a fishing trip and mentions a 9-mile inclusion zone but does not question why this is enforced. Perhaps if the viewers were told of the weapons found on vessels trying to enter Gaza, there would be a better understanding.

HonestReporting picked up on a major point that is worthy of mention. On the SBS website which accompanies the video it states, “His family’s prized paddocks were bulldozed in 2009, his land now sits barren. Swallowed up as part of the deadly no-go ‘buffer zone’ wedged hard against the border with Israel.

“Gaza’s most fertile land is also the most dangerous, monitored by automatic machine gun towers that detect movement and shoot without warning.”

HonestReporting consulted with the IDF concerning this statement and was informed that there are no “automatic machine gun towers that detect movement and shoot without warning.” While the towers may utilize motion detection technology, it is soldiers who are responsible for firing any shots.  There is nothing “automatic” about it.  Warning shots are fired some 10-20m away giving Palestinians in the buffer zone ample time to leave the area without any further incident.  In addition, the only soldiers qualified to open fire, after first receiving permission from their commanders, are highly trained snipers who aim for the legs with the specific purpose of preventing fatalities.

At the end of the documentary, it mentions that Israeli government officials refused to talk on camera, and directs viewers to a COGAT response. This rather sneaky device attempts to show an attempt at balance without really having to be balanced. They could have referred to Israel’s official response which demonstrates that it allows thousands of truckloads of goods and supplies into Gaza.

My main issue is that the producers really did find people doing some great things in Gaza but instead of trying to get to the real root of the problem, they took the lazy option of Israel-bashing. Certainly, there was a throwaway line about many people resenting Hamas’ intrusive presence, but that seems to me is the real story in all of this – that these things are being done in spite of Hamas. Meanwhile, there was no questioning about the Hamas regime and its racist policies against Jews and its threats of wiping Israel off the map. Perhaps if the producers were really searching for a positive outcome for the people of Gaza, they could have explored these things themselves.

When Israel evacuated Gaza in 2005, it left behind an infrastructure that could have been used to provide the Palestinians the opportunity to build on, but it was all immediately destroyed. Hamas and others in Gaza, along with the anti-Israel groups outside the region have a vested interest in their people not thriving, and if SBS had real courage, that is what the story would have been about.

[This article has been reproduced by Honest Reporting.]