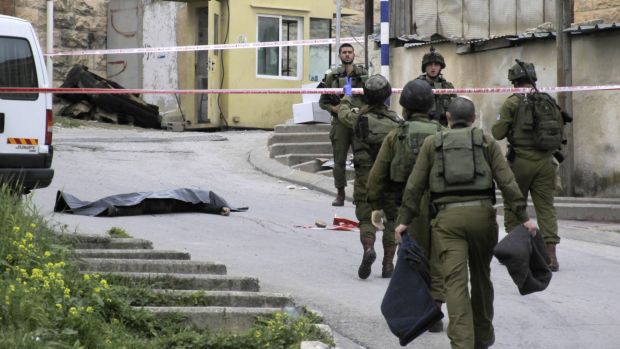 My commanders lied: Israeli soldier in court over killing of Palestinian

An Israeli combat medic who faces manslaughter charges in the shooting death of a Palestinian assailant defended himself for the first time in public on Sunday, telling a military court that he made a “split-second” decision to save the lives of others at the scene.

Israel Defence Forces Sergeant Elor Azaria, 20, is on trial for the March 24 killing of Abdel Fattah Sharif in the Israeli-occupied West Bank city of Hebron. Sharif had participated in a stabbing attack on soldiers and was lying on the ground after being shot. A second Palestinian knife assailant had already been killed.

A video of the incident published by an Israeli human rights group shows Sergeant Azaria cocking his gun, walking toward Sharif and shooting him in the head. Palestinian leaders have called for a United Nations inquiry into the killing, and UN special coordinator Nikolay Mladenov condemned it as a “gruesome” extrajudicial execution.

Read the full story by Joshua Mitnick from the Los Angeles Times in The Australian.