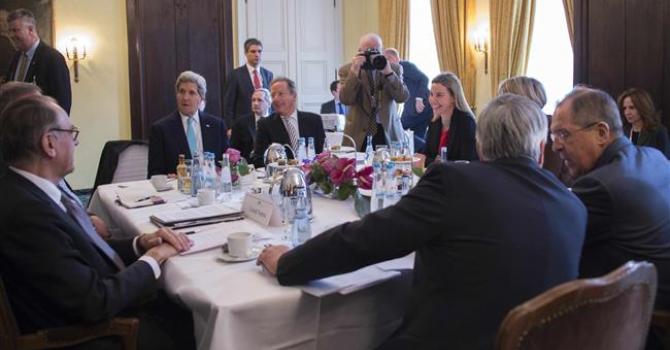 “John Kerry and I sit together in quite an impressive number of different formats. Together we decided to revitalize the Middle East Quartet. The report we have come up with just a few weeks ago cannot be underestimated. For the first time ever, the US, the EU, Russia and the United Nations have agreed on a clear analysis of the situation on the ground, and also more importantly on recommendations on the way forward to turn the two states solution into reality.

Together we have also agreed to engage more regularly with the key Arab states such as Saudi Arabia – the initiator of the Arab Peace Initiative – Egypt – for obvious reasons – and Jordan – for its role in the Holy places.”

The Report certainly cannot be underestimated – condemning and identifying the PLO and Hamas as fostering and condoning terrorism – including:

Such hard-hitting language by the Quartet “for the first time ever” was ground-breaking – demolishing Arab propaganda that had for decades portrayed such conduct as being justified by the “occupation” or morally justifiable as the actions of “freedom fighters”.

Read the article by David Singer in J-Wire.