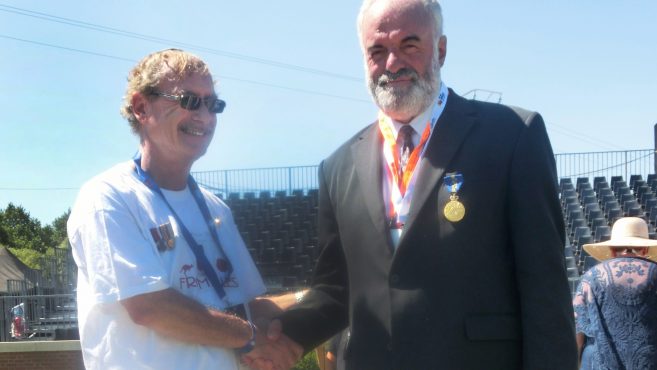 MORE than 3000 people stood as one at Pheasant Wood Military Cemetery near Fromelles, France, last week to honour the Diggers who paid the ultimate sacrifice exactly 100 years ago, in a battle often described as “the worst 24 hours in Australian history”.

More than 5500 Australian soldiers became casualties in the disastrous joint Australian-British advance on German trenches – the first battle Australians were involved in on the Western Front. By nightfall on July 20, 1916, almost 2000 Australians were killed in action or died of their wounds. Among the dead were 12 Jewish Diggers.

Representing Australian Jewry at the commemoration were Peter Allen, national coordinator of the Centenary of Anzac Jewish Program (CoAJP), and his wife Gloria, who six years earlier at the same site witnessed the reburial ceremony of 250 Australian and British soldiers discovered in mass graves, 144 of whom had been identified by DNA matching with relatives.

Read the story by Shane Desiatnik in the Australian Jewish News.