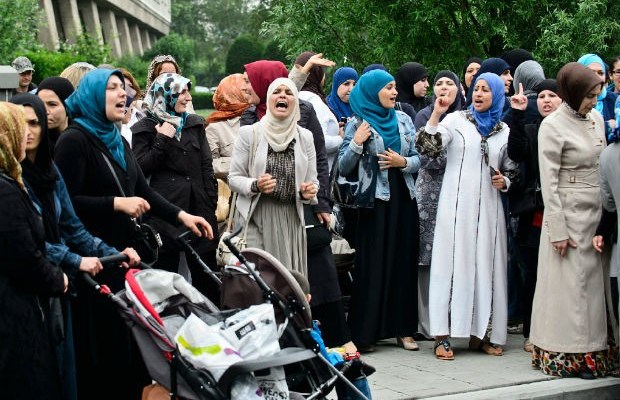 It was inevitable that sooner rather than later, the chickens released by the European Union’s open borders would come home to roost with a vengeance.

Thus it is coming to pass as we witness a week in which terror attacks in France and Germany bring home the unpalatable truth that borderless and uncontrolled frontiers, instead of heralding the expected age of love, brotherhood and harmony, have instead facilitated the spread of Islamic jihadist terror on an unprecedented scale. The prevailing political correctness whereby acts of terror are attributed to unbalanced and mentally disturbed individuals has blinded those in power to the real and menacing forces on their very doorstep. A refusal to initially at least acknowledge the evil ideology driving this latest wave of terror combined with a fatally flawed and blinkered blindness to actually doing anything drastic to defeat this scourge, has led to the terrorists becoming ever more brazen.

It is pathetic to witness after every barbaric atrocity how the authorities squirm and wriggle in order to avoid placing the blame where it should be and instead issue pathetic statements of denial. It is only after the evidence becomes so overwhelming that those in charge can actually bring themselves to mention the word Islamic terror. The latest outrage where a Catholic Priest was murdered as he was taking mass in Church is only the latest example of where this weak kneed policy is leading. President Hollande maintains that his country is at war with Islamic terrorists but apart from great sounding rhetoric and a beefed up police and army presence nothing much else is happening to destroy the terror cells lurking and waiting to be activated. Mind you this is still marginally better than the current USA administration which has banned the words Islamic terror and operates in a wonderland of denial.

Read the article by Michael Kuttner on J-Wire.

Michael Kuttner is a Jewish New Zealander who for many years was actively involved with various communal organisations connected to Judaism and Israel. He now lives in Israel and is J-Wire’s correspondent in the region.