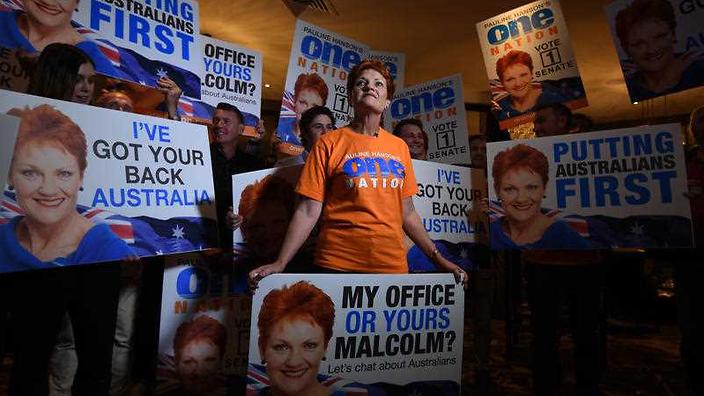 The Last Word: One (Abomi)nation

A week before the Australian Federal Election, I was in Melbourne to participate in Limmud Oz, a two day festival of learning, deliberation and debate on matters of specific interest to the Jewish community.

One of the sessions in which I spoke was a panel discussion on the concerns of the voting Jewish public.

The anti-immigration, anti-Muslim, anti-multiculturalism parties did not feature.

Perhaps we panellists imagined no person who benefitted from our culturally and religiously accepting ethos, certainly no person who was aware of the destructive nature of racism and bigotry, was considering giving them support.

After seeing that the fringe right-wing party (out of a number of possibilities) which had done best at the polls was One Nation, and hearing the leader of that party speak, I was quoted in the media as saying:

“Racism and bigotry is always unacceptable, and it is additionally repugnant when espoused by an elected member of parliament. Even before votes have been tallied, Pauline Hanson has, in effect, declared war on Australian tolerance, community harmony and social cohesion, and her bigotry should be exposed for the evil which it is. . . . even if One Nation actively had never promoted antisemitism, I would be just as concerned with its return to political life.”

This led to a torrent of abuse, attacks on my character, and integrity, and much more – from the political right and left. The former seemed to suggest I may as well strap on a suicide belt and join Daesh while some from the left said I had no authority to criticise racism as I am a Jew without suitable revolutionary credentials.

Although it is not, in this matter, my primary concern, some of my Jewish critics challenged me to provide not just evidence that anti-Asian, anti-Arab, anti-Muslim and anti-Indigenous Australian prejudice was a “Jewish” matter, but that there was something specifically to concern me as a Jewish person.

Read the article by Jeremy Jones in the Austalia-Israel Review.