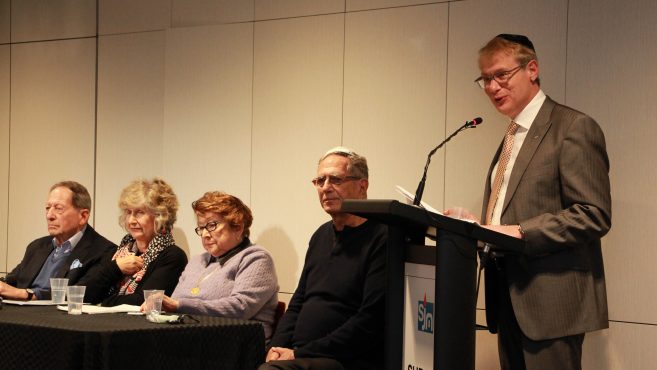 CANDLES were lit and tears flowed among an audience of 200 at the Sydney Jewish Museum last Sunday as they witnessed powerful testimonies from four Holocaust child survivors.

It was a deeply personal way to mark the museum’s rededication of the children’s memorial and commemoration service in honour of the life of Janusz Korczak, an annual event presented in partnership with the Australian Association of Jewish Holocaust Survivors and Descendants (AAJHSD).

AAJHSD president Peter Wayne reflected on what Korczak‚ a Polish Jewish educator‚ represented and sacrificed. “Seventy-four years ago this week, the Nazis liquidated Korczak’s orphanage in Warsaw, they deported him, his assistants and the 200 children, to Treblinka extermination camp,” Wayne said.