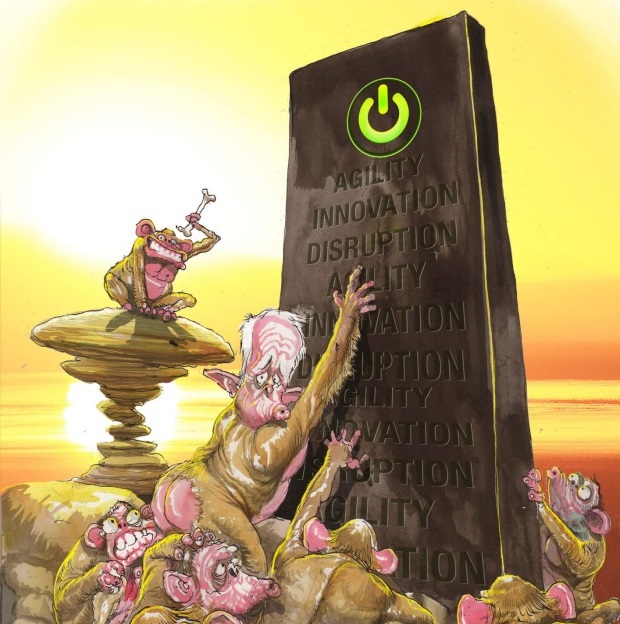 For all the praise and attention given to Silicon Valley, both Bassat and Petre point to Israel as a potential guiding model for Australia.

“If you look at Israel, it has built an incredibly successful tech ecosystem, off the back of many different drivers, some of which are relevant to us, some of which aren’t,” he says.  “But favourable policy settings from government was a core element of Israel’s success.”

Israel has more startups per capita than any other country, and it is the second biggest source of foreign listings on the US Nasdaq exchange behind China, despite its relatively small population.

“They are producing cool company after cool company, and they get acquired and the that flows back into the ecosystem,” Petre says.

Some of the keys to Israel’s success that could be relevant to Australia include incentives for angel investors in startups and aggressive government spending on research and development. Factors that aren’t relevant include the country’s unique form of compulsory and un-heirarchical military service.

Above all else there is a level of fearlessness and alacrity in the Israeli startup scene that few other hubs can match. This may reflect the existential threats facing the country and its people, and as such, would also be difficult to replicate.

Yet, Australia is arguably too complacent about its economic future at the moment, so some Israel-style urgency would surely help.

“We need to have an ecosystem that is constantly building and constantly looking over our shoulder,” Petre says. “We are playing in a global world and it’s not going to stop.”

Read the article from the Australian Financial Review.