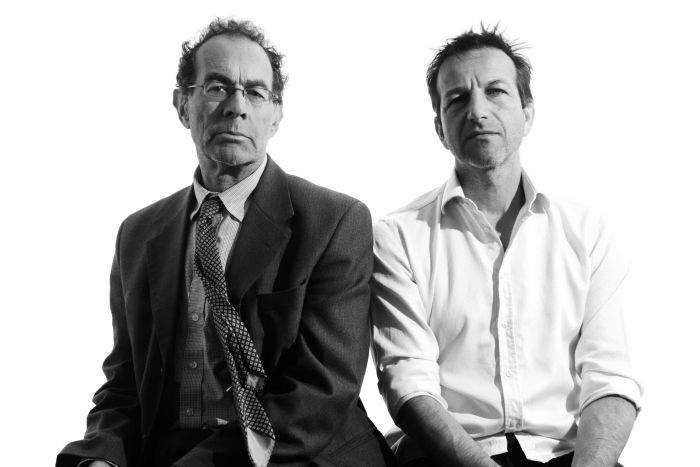 Two Jews walk into a theatre…

Although it sounds like the beginning of a joke, Two Jews walk into a theatre… is actually the title of a new performance work by renowned choreographer Gideon Obazanek and performer Brian Lipson.

Brian and Gideon perform as their fathers, Laurence Lipson and Zenek Obzanek, who discuss everything from what it’s like to have an experimental artist for a son and their differing views on the state of Israel.

After leaving Poland for Australia in the late 1950s, Zenek moved with his wife and son Gideon to live on a kibbutz on Israel.

Laurence grew up in Britain, and was a soldier in World War II. Although he wanted to go to university, he studied to become a Chartered Accountant, and hoped his son Brian would achieve everything he hadn’t been able to.

While Zenek is a strong Zionist, Laurence tried to hide his Jewish identity.

Brian and Gideon say that making Two Jews walk into a theatre… has helped them understand and empathise with their own fathers, which came as a surprise as they thought they knew their fathers so well.

Listen to the segment from the ABC Books and Arts program.