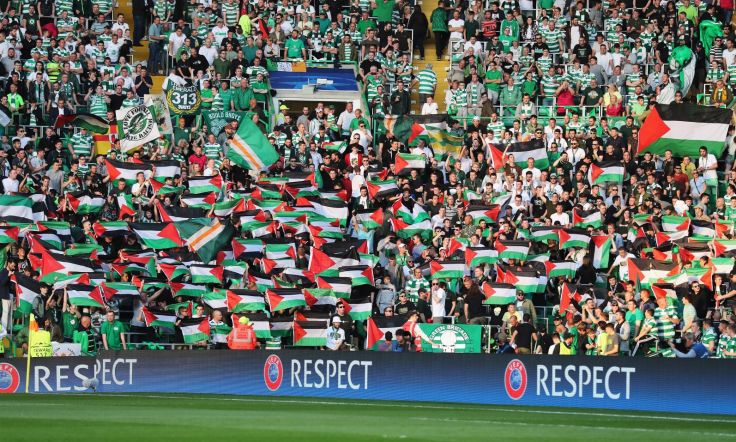 The Scottish champions were fined £15,000 by UEFA for waving Palestinian flags in their Champions League play-off against Israeli outfit Hapoel Be’er Sheva F.C.

In response, Celtic ultras ‘the Green Brigade’ created a fundraiser aiming to raise £75,000 for Palestine.

The response from the football fans around the world has been staggering, hitting the target of £75,000 in under two days. The funds will be split between UK based charity Medical Aid Palestine (MAP) and the Lajee Centre, a Palestinian cultural centre in Aida Refugee Camp.

Read article from The Turf (a Football Culture publication focused upon the Australian and International game) and from GOAL (‘We live and breathe football’  – Australian edition).

[Refer to previous article about fine that was imposed by UEFA.]