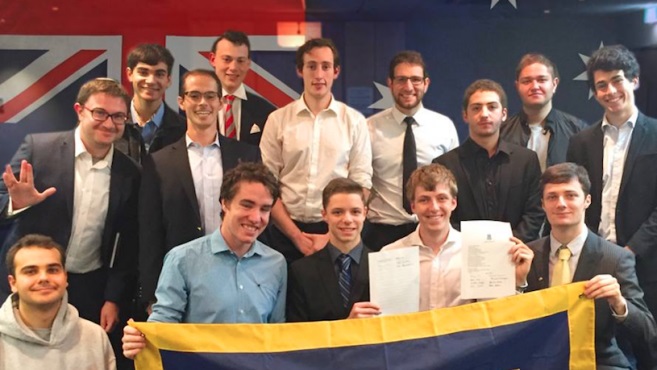 IN 1913, a Jewish economics student Charles C. Moskowitz established Alpha Epsilon Pi (AEPi) in the cellar of a sausage shop in New York city, founding the only Jewish fraternity in the US. That fraternity grew from 10 members in 1913 to more than 102,000 worldwide in 2016, and has now expanded to include Sydney.

“It’s a great initiative,” said Sydney AEPi president Ben Ezzes, a former Moriah student. “We are committed to our core purpose, which is developing leadership and identity for the Jewish community.

“We’re just a group of passionate people coming together with a universal goal of trying to do some good in the community. APEi raised over US$300,000 for its beneficiaries so far in 2016. AEPi is a pro-Israel organisation. As such, most (if not all) of our charities are Israel-based, and we conducted ceremonies for Yom Hazikaron and Yom Ha’Atzmaut.”

Read the article by Yael Brender by the Australian Jewish News.