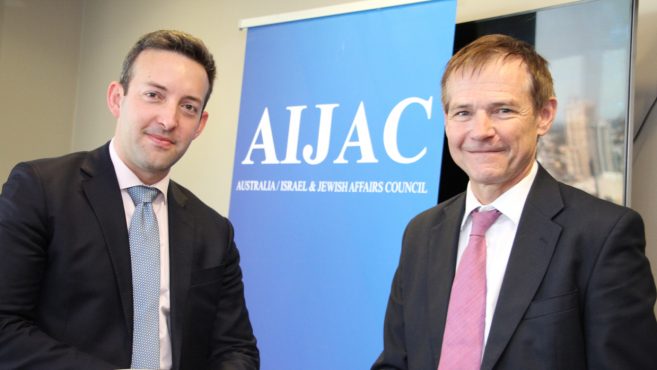 THE potential for Australia to learn from Israel’s “can-do culture” was not lost on Nick Cater and James Brown, who attended a Rambam intensive study tour to Israel in July for Australian journalists and academics.

At a debriefing luncheon in Sydney last week hosted by Rambam program organisers, the Australia/Israel & Jewish Affairs Council, both described touring Tel Aviv’s high-tech scene and having Israeli start-ups pitch directly to them, as eye-opening experiences.

“It was fascinating,” said Brown, research director at the US Studies Centre at the University of Sydney, noting to attain a culture of innovation of Israel’s stature you need  “an environment of free and frank exchange of opinion” and universities that are pragmatic.

“I think we have a distinct problem in Australia where too many of our universities are not actually engaged in solving real problems – and I don’t see that problem in Israel,” Brown said.

“The thing that really stood out for me is the Israeli culture of argument.

“I think that too often, we [Australians] don’t back our ideas with enough conviction.”