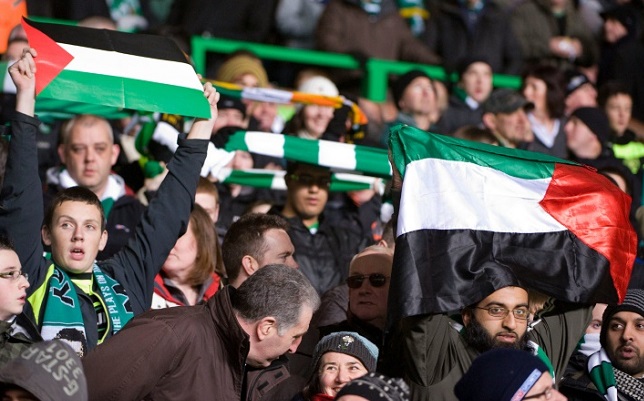 Soccer fans stand up for Palestine

In the qualifying round of the UEFA Champions League, Celtic fans flew the red, green, black and white in solidarity with the Palestinian struggle despite threats of fines and even arrest.

The protest was led by the Green Brigade, a Celtic fan group. Marc Patrick Conaghan noted in Middle East Eye: “Celtic supporters are sympathetic to the Palestinian cause because their ancestral story is, for the most part, similar … The dispossession and hunger during the [Irish] famine – which left more than one million dead – and the devastation on the land and psyche of the survivors forced a diaspora of Irish people all over the globe. Many settled in Glasgow”.

UEFA forbids political symbols and flags from games, and previously fined Celtic for its fans’ actions. It has initiated disciplinary proceedings against the club for the latest act of solidarity.

Read the article from the Red Flag.