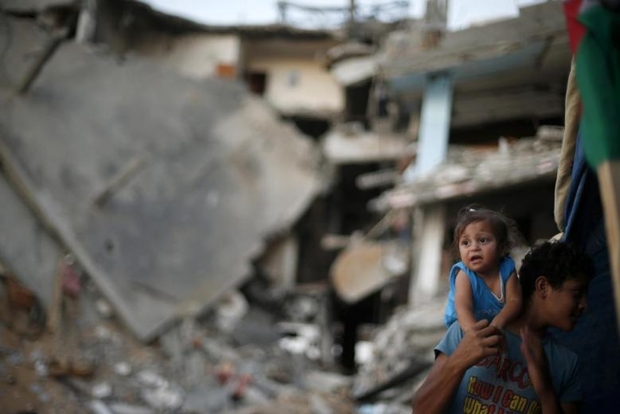 A Palestinian boy holds his sister near the ruins of their family's house, which witnesses said was destroyed during the Israeli offensive, in the east of Gaza City September 10, 2014. REUTERS/Suhaib Salem

A DELEGATION from the International Criminal Court (ICC) in The Hague will be allowed to visit Israel to assess whether the country could be put on trial for alleged war crimes during the 2014 Gaza War, the Israeli Foreign Ministry has confirmed.

More than 2,200 Palestinians, including 490 children, were killed in the 51-day Operation Protective Edge, which began on 8 July 2014. Israeli losses totalled 64 soldiers and six civilians, including a four-year-old boy.

The ICC launched a preliminary investigation in May this year, shortly after the West Bank Palestinian Authority (PA) was approved as a member.

The PA filed evidence on both the 2014 conflict and other more recent violent incidents.

Israeli Foreign Ministry spokesperson Emmanuel Nahshon told media on Friday that the ICC would be permitted to visit, but “how and when” is yet to be discussed.

Read the article by Bethan McKernan on Chinchilla News.