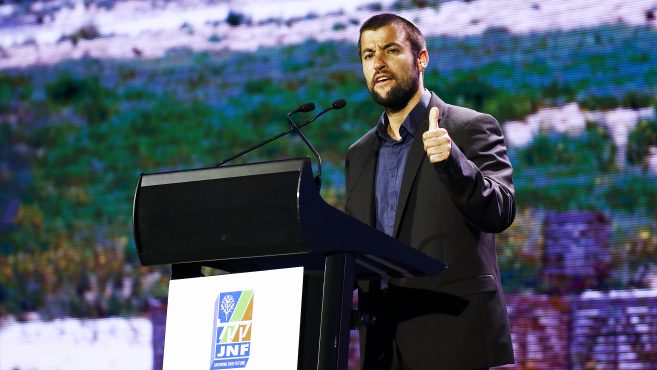 THE future of Israel lies in the Negev. That was the message from JNF Victoria at its annual dinner on Tuesday night as state president Helen Shardey and vice-president Ronit Fraid presented projects backed by the organisation for supporting the communities of Ofakim and Naveh in Israel’s south.

Addressing the 700-plus attendees at the Palladium at Crown, Shardey discussed JNF’s vision for Israel’s future, including a sustainable and vibrant population living in the Negev and Galilee by the country’s centenary in 2048. With almost 70 per cent of Israel’s land mass -under-populated, she spoke of fulfilling David Ben-Gurion’s dream of making the desert bloom.

“This is the vision and the dream of JNF that will allow Israel to develop a healthier and stronger future, resulting in a high quality of life for the entire Israeli population.”

The message was underlined by Tal Megera from Ofakim and Rabbi Aharon Tzohar from Naveh, who spoke on behalf of their communities, thanking JNF Australia for its invaluable support.

Read the article by Daniel Shandler in the Australian Jewish News.